What is climate risk and how should companies manage it? Answers to these questions are emerging internationally and domestically through business action, regulatory standard-setting and legal analysis. 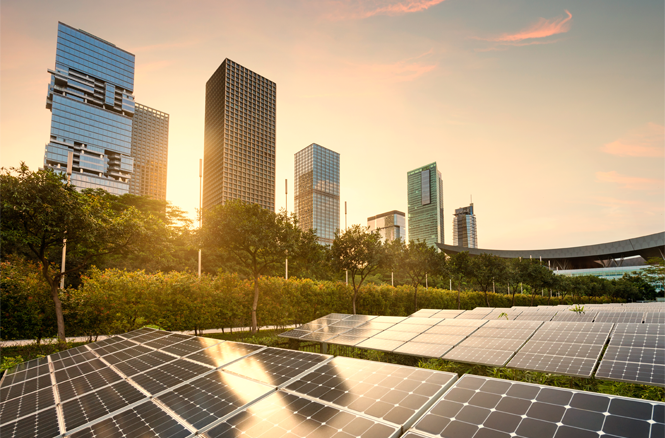 As the work of the TCFD grew out of the concerns of the global investment community, businesses have been responding: exploring their risk profile using scenarios as described by the TCFD, setting emissions reduction targets using the Science-Based Target (SBT) methodology to align their business with the Paris Agreement objectives, and establishing processes for disclosing climate-related risks. Within Australia, particularly over recent months, regulatory guidance has proliferated with organisations including the Reserve Bank of Australia (RBA), Australian Securities and Investments Commission (ASIC), Australian Prudential Regulatory Authority (APRA), Australian Securities Exchange (ASX),  Australian Accounting Standards Board (AuASB) and the Auditing and Assurance Standards Board (AASB) joining legal opinions and judgements in support of climate action and risk mitigation.

Working with ASX200 businesses across all sectors of the economy and with every level of government, Energetics has insights to how organisations are responding to these challenges. This article is the first in a series providing guidance for Australian businesses on risk, compliance and strategic management responsibilities.

Australian regulators are sharpening their focus on climate risk disclosure

The last six months have seen many announcements by regulators of their expectations regarding companies’ climate risk response. We summarise their concerns below.

In September 2018, ASIC announced the findings of a high-level review of 60 listed companies in the ASX300, 25 recent initial public offering prospectuses, and across 15,000 annual reports. They identified the need for improvement noting, “many listed companies provide climate risk disclosure that is too fragmented, general or not comprehensive enough to be useful for investors. In the case of companies outside the ASX 200, we found that relatively few companies provide any climate risk disclosure at all[1].”

In March APRA released the results of its first climate risk survey of banks, insurers, and superannuation funds[2], and warned it is stepping up its scrutiny. APRA called on these entities to move from gaining awareness of the financial risks to taking action to mitigate them.

The survey found a substantial majority of regulated entities (including all of the banks, general insurers and superannuation trustees surveyed) were taking steps to increase their understanding of climate risk. Reputational damage, flooding, regulatory changes and cyclones were nominated as the top climate-related financial risks.

APRA announced that it will be increasing the intensity of its supervisory activities to assess the effectiveness of regulated entities’ risk identification, measurement and mitigation strategies. APRA noted it expects to observe a continuous improvement in the sophistication of entities’ management of climate change risks and preparations for the transition to a low-carbon economy.

ASX: companies are encouraged to disclose according to the TCFD framework

The fourth edition of the ASX Corporate Governance Principles and Recommendations, released in February 2019, encourages Australian listed entities to consider whether they have a material exposure to climate change risk by reference to the recommendations of the TCFD and, if they do, to consider making the disclosures recommended by the TCFD[3].

In December 2018, the AuASB and AASB released joint guidance on the consideration of materiality and disclosure of climate-related risk in financial statements[4].

While many companies disclose their approach to climate-related financial risks, investigation by the AuASB and AASB found that to date this has only occurred in the narrative portions of the annual report, not in financial statements. However, this guidance shows that Australia’s accounting and audit standard-setters consider climate-related risks to be relevant to accounting estimate materiality assessments, and within the scope of external financial audit scrutiny

This guidance is not mandatory but AASB and AuASB advise that they expect that directors, preparers and auditors will actively consider the materiality of relevant climate-related risks when preparing, approving and auditing financial statements.

In 2016 Noel Hutley SC provided a ground-breaking legal opinion[5] arguing that the duty of care and diligence imposed upon company directors by section 180(1) of the Corporations Act 2001 required Australian company directors to respond to climate change risks to the extent they intersect with the interests of the firm.

On March 26, 2019 a Supplementary Memorandum of Opinion by Hutley was published by the Centre for Policy Development[6]. This updated opinion notes that coordinated interventions by Australian regulators, acute interest from investor groups and developments in the state of scientific knowledge “elevate the standard of care that will be expected of a reasonable director...These developments are indicative of a rapidly developing benchmark against which a director’s conduct would be measured in any proceedings alleging negligence against him or her.”

The opinion recommends that diligent company directors should assess:

The NSW Land and Environment Court refused consent for Gloucester Resources Ltd’s (GRL’s) coking coal mine project Rocky Hill partly on the basis of its emissions impact. The ruling’s consideration of climate change is unprecedented in Australian courts[7].

In Gloucester Resources Limited v Minister for Planning and Groundswell Gloucester [2019] NSWLEC 7, Chief Justice Brian Peston stated that “The Project is not in the public interest and contrary to the principles of ecologically sustainable development (ESD), including intergenerational equity and improved valuation, pricing and incentive mechanisms, because, in order to ensure that the rise in global temperatures will be limited to below 1.5°C to 2°C above preindustrial levels, the Project should not be approved at this time[8]”.

Although the court’s jurisdiction is limited to NSW, the decision sets precedents that could have wide-reaching consequences for the viability of all fossil fuel-dependent industries in Australia. Law firm Corrs noted that “It is possible that the increasing recognition of causative links between fossil fuel developments and climate change could pave the way for future compensation claims of the kind now being seen in the United States.”

Each of these findings provides further confirmation of the increasing relevance of climate change to financial and commercial decision-making. Indirect impacts will occur via banks, insurers, investors and auditors, all of whom are likely to expect more detailed disclosure of a company’s approach to climate risk management both in step with the TCFD framework and in financial statements. The updated Hutley opinion has implications for company directors as it sets a higher bar for climate-related scenario analysis than the TCFD framework by noting scientific developments and commitments in the Paris Agreement regarding 1.5°C of global warming.

You can read more about Australia’s climate policy settings as they stand and the positions the major parties took in the lead-up to the 2019 Federal election, in "Could this election signal the (beginning of the) end of climate policy uncertainty?"