Could this election signal the (beginning of the) end of climate policy uncertainty?
Date
April 2019
Author
Olivia Kember

Climate change is not usually the top-tier election issue in Australia.

Past climate elections came about because one side or the other made climate policy core to their campaign – as in 2007’s “greatest moral challenge” or 2013’s “great big new tax on everything”.

This year neither Labor nor the Liberals want to run on climate change, but (as we are finding in areas ranging from national security  to monetary policy) the issue has developed a habit of springing up the agenda anyway.

Notwithstanding a desire for circumspection on electricity emissions (on the Liberal side) and coal exports (on the Labor side), politicians have found they have no choice but to keep talking about climate change. 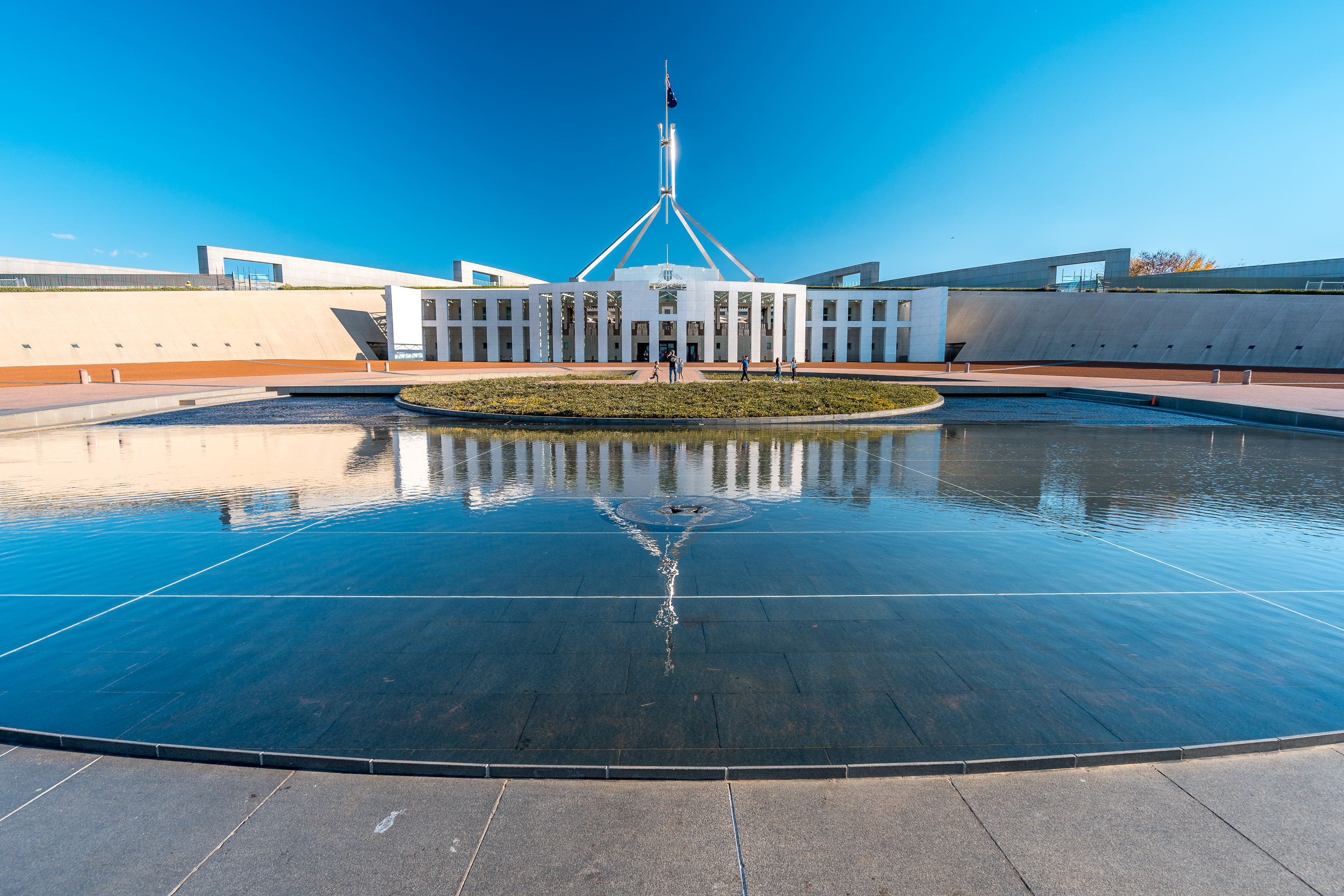 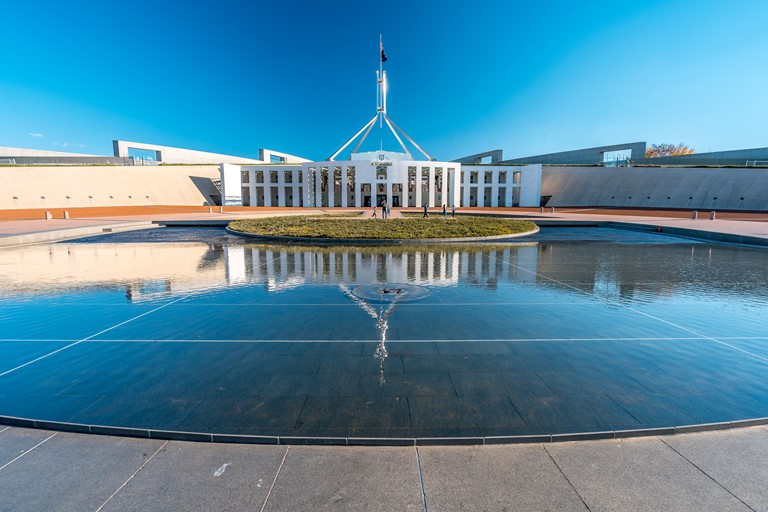 The Wentworth by-election was the first sign, where independent Kerryn Phelps flipped blue-ribbon Wentworth with a strong climate message. Then more high-profile small-l liberal independents announced they would take a climate position against Josh Frydenberg, Greg Hunt and Tony Abbott prompting the latter to reverse his previous reversal and resume supporting the Paris Agreement. And then the Nationals discovered that many of their voters care more about climate change than coal generators. Meanwhile tens of thousands of school children walked out of class to call for the government to take it seriously; APRA announced it will increase scrutiny of the financial sector’s management of climate-related risk and the deputy governor of the reserve bank, in a landmark speech, warned that “Decisions that are taken now can have significant effects on future climate trends and can limit or eliminate the ability to mitigate the effect of those trends”.

This all comes in the context of Australia’s hottest summer on record, with stone fruit burning on the tree, mass deaths of fish and flying foxes, and bushfires reaching thousand-year-old forest previously thought too damp to burn. Public concern, already at an 11-year high in 2018, is now a major influence on voting intentions.

Policy watchers already know that the outcome of the federal election could have major ramifications for domestic climate policy. In the most straightforward sense, both sides have already made clear their differences in areas like national emissions targets (26-28 percent from 2005 levels by 2030 for the Coalition; 45 percent for Labor) renewable energy and access to international carbon permits.

The Coalition has produced a short “climate solutions package”, with $2 billion more for the Emissions Reduction Fund and funding for Snowy 2.0 and pumped hydro in Tasmania (the “battery of the nation”). Labor has committed to 50 per cent renewably-sourced electricity in 2030, funding for transmission investment and a transition plan for workers in coal generators. Both sides have made forays into non-energy emissions reduction that are at this stage sketchy, but more detail is expected before the election.

Still, the past decade contains many climate and energy policy promises that were never enacted. How much should we discount the prospect that any new policies will be around in ten years’ time? Among the CPRS, CEF, EIS, CET, NEG and the government’s so-called “big stick”, only the Clean Energy Future package was implemented and most of it was repealed.

A pattern has nonetheless has emerged whereby any policy agreed by the Coalition becomes the starting point for Labor ambition. The Renewable Energy Target, originally established by John Howard, is a prime example – first expanded by Kevin Rudd, and now, at least as a target if not a mechanism, extended by Bill Shorten.

If, as the polls strongly suggest, Bill Shorten leads the next federal government, Labor has promised it will adjust the Safeguard Mechanism to become a baseline-and-credit scheme, and baselines under the Mechanism will start to decline. The government’s quiet adjustment to the baselines calculations from historic emissions to a production basis paves the way for this transition. Given the ALP’s much higher national emissions reduction target, the Mechanism would need stronger emissions settings than any policy set previously, roughly 6% reduction per year from current levels on average across entities under the Safeguard. A revived and revised NEG would seem to have an gentler ride, requiring annual electricity emissions to decline by 4% per year from current levels. However, Safeguard entities will have access to international carbon credits (all details still TBD), which could make the task significantly easier.

However, another recent trend is for governments to rely less on market mechanisms than on direct intervention. Another plausible vision of an ALP government’s approach is that the Safeguard and the NEG remain fairly ineffectual as emissions constraints, and a web of regulations and targeted support is created instead. Compared with the gold standard of an economy-wide carbon price, this outcome would be significantly less efficient and impose more inequitable compliance burdens; it would also be less visible and potentially therefore less politicised.

However, for any substantial policy to be more than a blip, the key factor is the impact of an election loss on the Coalition. Would a post-election Liberal party be prepared to move toward a more centrist approach or would it continue to insist on climate-related political division? Can the Nationals make this shift? Turfed out after one term, the Victorian and Queensland parties doubled down, promising new fossil-fuel capacity and cancellation of their states’ renewable energy targets. In neither case was this a winning strategy. In contrast the NSW government made vocal efforts to distinguish themselves from their federal counterparts, and since re-election have suggested they will put more effort into clean energy and climate change.

They - and to an even greater extent their New Zealand counterparts - offer an alternative route. Across the Tasman the National party has agreed to support the new Labour government’s introduction of an independent Climate Change Commission and the development of a Zero Carbon Act targeting net zero emissions by 2050.

In summary, while the technocrats pore over a new government’s policy papers, strategists will also need to consider how the Coalition interprets the lessons of the election. For those companies that have spent the last years calling increasingly desperately for policy certainty, helping a post-election Coalition reset its approach to climate change is an opportunity that should not be wasted.