Government climate policies and the pathways they set to reduce emissions across an economy present both risks and opportunities for business: the costs associated with a price on emissions, the improved competitiveness of lower-carbon solutions and the benefits of government funding and financing programs that support the take up of low-emission technologies.

Under the climate risk assessment framework as established by the global Financial Stability Board’s Taskforce on Climate-related Financial Disclosures (TCFD), domestic policy settings are classified under ‘transition risks’.  In this article, we consider the impact of Australia’s existing climate policies and the commitments as stated by the two major parties ahead of the Federal election.  We also look to a series of recent, high-profile company announcements which are setting the pace for decarbonisation, climate risk management and disclosure; these play a role that, together with the positions we see from the investment community, regulators and legal opinion, is arguably more influential than government policy. 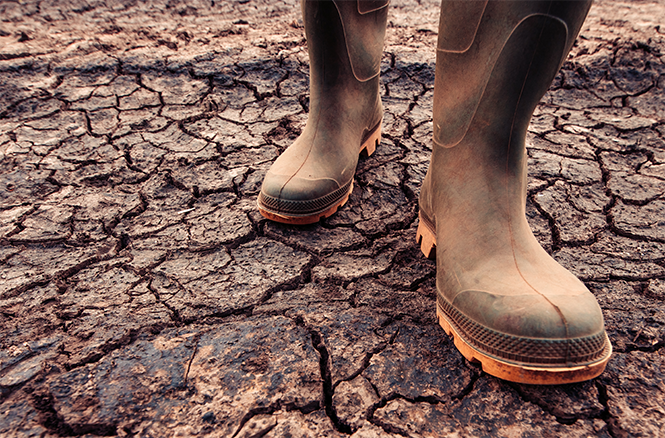 Australian climate politics: a decade of uncertainty for business

Climate change has been one of the most contentious and divisive issues ever seen in Australian politics. The issue has toppled prime ministers and derailed national policy initiatives. For business, the resulting instability played out across many fronts. In our energy markets, investment in new generation capacity stalled and energy costs increased. Access to capital tightened where projects were assessed as impacted by climate or energy policy settings. Insurance and re-insurance premiums rose, and local innovation stalled, leaving Australia lagging other nations racing the race to meet the growing demand for low carbon technologies.

The Coalition has not been an advocate for action on climate change and the nation’s transition to clean energy sources; at least not in recent years, noting that under the Howard Government we saw both the establishment of the Renewable Energy Target (RET) and support for an emissions trading scheme. However, in an illustration of where the market sits versus the Government’s position on the viability of coal-fired power, in March 2019 the outcomes of the Government’s assessment of projects that would best "underwrite new stable, low-cost generation for commercial and industrial customers"[1] were telling. The successful bidders were overwhelmingly energy storage or gas project proponents, both of which would support the penetration of renewables across the grid.  No new coal projects made the Government’s shortlist. The only project relating to coal fired power was a proposal to extend the life of NSW’s Vales Point power station.

The transition to low carbon energy in Australia is well underway, commercially attractive and set to continue, regardless of the politicking over climate change.

The Safeguard Mechanism covers an estimated 50% of Australia’s reported emissions.  The Mechanism is intended to prevent large businesses and their facilities from increasing their emissions above a baseline. The first year of its operation saw 16 liable entities exceed their emissions limits which resulted in the purchase of 448,097 Australian Carbon Credit Units (ACCUs)[3] to offset those emissions: making it arguably a trading scheme, if a weak one.

While the Government has stated its commitment to the Paris Agreement, there remains a gap between announced policy and a Paris-consistent pathway. The shift in Safeguard baselines from historic emissions to a production basis makes it easier to ratchet down emission limits over time but could also allow companies to increase absolute emissions.

Both sides of politics have set the broad parameters of their policies to take into the election, but the lack of detail and the pledges to consult once they win mean that implementation of any of these commitments will remain uncertain even after the election - with the probable exception of the Safeguard Mechanism’s baselines to 2020. The ALP’s proposed changes to the Safeguard Mechanism’s targets and baselines represent significantly increased liabilities for large energy users, while the potential to use international offsets and the pledge of targeted support for strategic industries offer opportunities to offset or reduce the cost of compliance.

The long-term viability of any established policy or industry pathway is likely to depend on whether it can obtain bipartisan support.  The losing party’s post-election climate policy position will therefore remain relevant.

On 5 March 2019 the federal government announced a ‘Climate Solutions Package’. This comprises:

On 1 April, the ALP released its pre-election climate policy platform[5]. In addition to previously announced initiatives, the key elements are detailed below.

Electricity generation will remain excluded from coverage, but the ALP will consult on the option of allowing offsets to be generated in the electricity sector for use by covered entities.

Targeted support will be provided for emissions intensive trade exposed industries (EITEs), subject to a “comparative impact” test to ensure the impacts they face from climate change policies are comparable to those faced by their competitors in relevant international markets.

Design details will be decided through a consultative process with industry, experts and stakeholders, including the trajectory of baselines, treatment of EITEs, limits to international offsets and timing/scope of reviews. Labor will review the mechanism no less than once every three years.

Stepping back from climate and energy policy settings, we consider recent public statements from large corporates in carbon-intensive industries. The impact of these is resonating globally and locally.

In March of this year, Shell announced the initial steps it will take to deliver on the climate-related commitments[6] it made in a joint statement with investor group Climate Action 100+ in December 2018. These steps include:

In January, BP announced that progress towards its emissions reductions target has become a factor in the remuneration of 36,000 employees. In March, they further announced the establishment of a $100 million fund for projects that can deliver new emissions reductions in its upstream oil and gas operations, and established a partnership with the US Environmental Defence Fund to advance technologies and practices to reduce methane emissions across the global oil and gas supply chain[8].

In February, Rio Tinto acknowledged the long-term threat to its core iron ore and high carbon aluminium businesses arising from climate change, stating that it had exited from thermal coal and was focussed on its vast aluminium and copper production as “needed in the transition to a low-carbon future”[9].  In the same month we also saw Australia’s largest coal producer, Glencore, announce their decision to cap global production of thermal coal to current levels, bowing to the pressure applied by Climate Action 100+, “an organisation that represents 300 of the world's most powerful investors who collectively have more than $US32 trillion under management”[10].  Note too, that Glencore, which holds a diverse portfolio of commodities, has already started to shift into the supply of battery metals and the metals required for parts needed to make an electric vehicle.

In 2019 forces outside federal policy settings are increasingly directing the actions of Australian businesses. Investors worldwide are accelerating and scaling-up actions that are critical to achieving the goals of the Paris Agreement. In the launch of ‘The Investor Agenda’ in December 2018, nearly 420 investors with US $32 trillion in assets collectively under management, highlighted climate actions already taken as well as new commitments.  We see signatories scale up their commitment to act across four key focus areas: investment, corporate engagement, investor disclosure and policy advocacy.

Energetics has long encouraged businesses to take action based on global and domestic commercial drivers, and not be distracted by the ongoing ‘climate wars’ of federal politics. The current upheaval in Australia’s energy markets has distinct characteristics but it is not unique; energy markets are transforming in similar ways around the world.

Regardless of the outcome of the next election, energy and climate risks will need to be addressed. Investors want to see the actions that businesses are taking, how these relate to core business and the impacts on future earnings.

In our next article we will discuss using the TCFD framework to assess, plan and timetable your business’ approach to climate risk management.  Note that in future years, disclosures are likely to need to include your pathway to greater emissions reductions in keeping with the consensus that rising global temperatures need to be contained to within a 1.5°C increase on pre-industrial levels.