Business moves beyond the poison chalice of energy and climate politics

The new Federal leadership team has wrapped up their second sitting week in Parliament and large energy users and carbon intensive businesses face a policy void. Prime Minister Morrison announced that the NEG will be dismantled[1]; that while Australia’s commitment to the Paris Climate Agreement stands, it will not be enshrined in legislation[2] and we have no pathway set out for achieving our targets; and that the priority for the Government is to bring down energy prices and ensure reliable supply, although with little accompanying detail.

In 2018 how much does this Federal energy and climate policy void influence the actions of business? Or have many just developed their own workaround?

In this article we weigh up the issues that we consider will have greatest bearing on the pace of Australia’s decarbonisation and transformation of our energy markets; and how these drivers should inform businesses’ climate and energy strategies now and into the future. 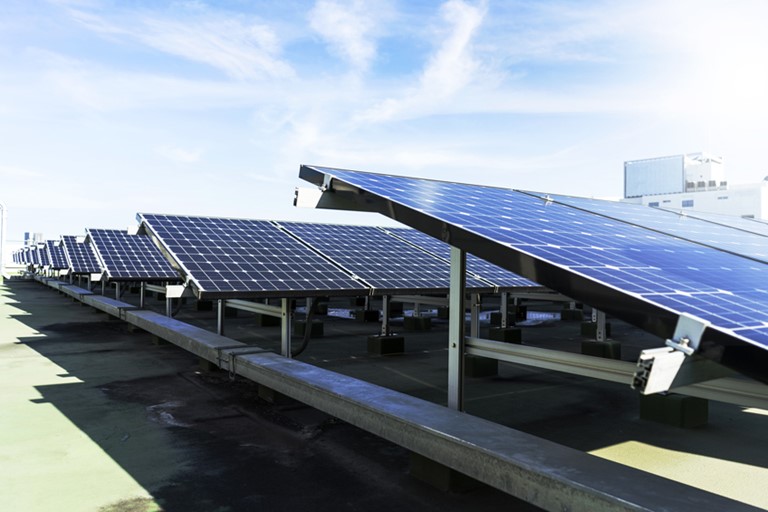 The new leadership team – what do they stand for?

With the National Energy Guarantee used to drive a wedge in the Turnbull Government and bring an end to Malcolm Turnbull’s time as Prime Minister, few if any, entertained the idea that the new Morrison-led leadership team would direct their attention to anything other than lowering energy costs and reliability of supply. Certainly, views of the new Prime Minister’s stance on climate change and the nation’s transition to clean energy sources will be long coloured by his 2017 stunt in Parliament passing around a lump of coal saying “don’t be afraid”[3] mocking those calling for an end to coal fired power.

One of the first announcements with the change in leadership was the splitting of the Energy and the Environment portfolios – as they were under the Abbott administration. We also saw Angus Taylor, the new Minister for Energy, declaring in his first public address following his appointment, that lowering prices is his priority, together with ‘keeping the lights on’. In keeping with that focus, he said that the Morrison government would guarantee a floor price for some new energy projects that can't secure finance because they lack long-term off-take agreements.  Taylor told the conference the scheme would "underwrite new stable, low-cost generation for commercial and industrial customers"[4].  Seemingly to support new fossil-fuel generation, we are yet to see any detail.  So where to from here?

NEG #nomore. Will the Safeguard Mechanism do all the heavy lifting?

Our new Prime Minister stated his commitment to the Paris Agreement although we have yet to know anything of the Government’s intention for reducing emissions whether by the Safeguard Mechanism or any other measure. The Safeguard Mechanism could become the nation’s core emissions reduction policy instrument. The first year of its operation saw 16 liable entities exceed their emissions limits which resulted in the purchase of 448,097 Australian Carbon Credit Units (ACCUs)[5]. Arguably an emissions trading scheme.

The second year is likely to see baselines exceeded and carbon credits once again procured; raising questions about the price of ACCUs and indeed oversight of the Mechanism, as we do not yet know whether the Emissions Reduction Fund and Safeguard Mechanism fall under the energy or environment portfolios.

For Australia’s large emitting businesses, clarification around the role of the Mechanism is needed to understand their future liabilities. The Government is currently reviewing the Safeguard Mechanism to provide baselines more reflective of actual emissions (calculated baselines) and simplification calculations (using default factors).

Yet the greater uncertainty exists in the lack of alignment between our Paris Agreement target and actual policies. What is our pathway? The responsible Minister can quickly alter emissions baselines under the Safeguard Mechanism Rule[6]. Doing nothing in the near term means that more needs to be done later. The question becomes – who will be the next Environment Minister? And which party will be in charge?

The reality in 2018 is that forces outside Federal policy settings are increasingly directing the actions of Australian business. Investors worldwide are accelerating and scaling-up the actions that are critical to achieving the goals of the Paris Agreement. In the launch of ‘The Investor Agenda’ nearly 420 investors with US $32 trillion in assets collectively under management, are highlighting climate actions already taken as well as new commitments.  We see signatories scale-up their commitment to act, across four key focus areas: investment, corporate engagement, investor disclosure and policy advocacy.

Energetics has long encouraged businesses to take action based on global and domestic commercial drivers, and not be distracted by the ongoing ‘climate wars’ in Federal politics. The current upheaval in Australia’s energy markets has distinct characteristics but it is not unique; energy markets are transforming in similar ways around the world.

In the face of Australia’s energy transition, there are three features common to strategic responses developed by leading businesses.  They are leveraging granular, real-time data to unlock energy performance improvements, drive strategic decision-making and investment, and enable reporting and communication of progress against targets. Secondly, leaders are using information insights to understand where they should invest resources and capital, whether it be in energy efficiency, renewable energy or demand management technologies. Finally, they are exploring innovative contracting strategies to source the remainder of their energy requirements.  Businesses are ensuring they are not passive price-takers and are assessing alternate solutions to meet their energy needs.  You can read more in Navigating a dynamic energy landscape: a briefing for Australian businesses, a guide published by the Energy Efficiency Council to which Energetics was a co-author.

Large energy users and emitters can also press the Government for the development of a pathway for Australia to meet its national emissions reduction target and to pursue efforts to limit the temperature increase to 1.5oC. The Government should confirm a long-term goal of an economy wide zero-net emissions target.

Businesses are seeking control and investing in renewables

While renewable energy project investors and developers express concern for ongoing national policy uncertainty, the confidence expressed in Victoria and Queensland supports the continued low carbon energy transition.  The Financial Review featured coverage of Victoria's 928MW renewable energy tender. Described as “swamped by bidders” and “easily exceed(ing) its original target of 650 MW”, the six solar and wind generation projects achieved “low strike prices of about $56 per megawatt hour for the wind farms and around $53-$57/MWh for the solar farms and will spur investments in excess of $1.4 billion[7]”. A result that sets Victoria well on the path to achieving its 2025 renewable energy target of 40%; encouraging Queensland ahead of its planned announcement of its own renewable energy tender.

Growth in renewable energy sources is set to continue at pace.

Planning for the future

With another election looming, most political commentators expect a Labor victory.  In the policy domain of climate and energy, Federal Labor supports a 45% cut in emissions by 2030, and a 50% renewable energy target. Queensland and Victoria have similar targets.

Understanding the possible future policy landscape will further inform business strategies. With growing support for climate action as reflected in recent opinion polls, we may see Labor outline their policies in more detail – however much it attracts the ire of the far right of the Coalition and elements of the media. Energetics will follow developments.

Regardless of the outcome of the next election, energy and climate risks need to be addressed. Investors want to see the actions that businesses are taking, how these relate to core business and the impacts on future earnings. We provide insights into a dynamic and somewhat volatile future to mitigate risk and create opportunities.

[3] The Guardian | Scott Morrison brings coal to question time: what fresh idiocy is this?

[8] RenewEconomy | Business gives up on Coalition, turns to Labor and states on energy, climate