Energetics was on the ground representing Australian business and industry at COP25 in Madrid from 2 - 13 December 2019.

Both Mary and Peter reported their observations from the COP25 proceedings via social media and on this page, with highlights included below.

Ambitious announcements (but not from Australia)

As Greta Thunberg is named Time's, person of the year, the youngest ever to do, we turn our focus to where the action and ambition is occurring.

The European Union's new commission president, Ursula von der Leyen announced EU's intention to be net zero by 2050. The first continent to do so. The "European Green Deal" is a comprehensive approach to restructure the European economy with the overall aim of economic growth and increasing prosperity.

Beyond the net zero by 2050 headline, key elements of the deal include:

Discussions are currently underway in Brussels to ensure unanimous agreement.

But not everyone is being ambitious - notably the US and Australia.

What are businesses doing?

Businesses were present, particularly throughout the side-events. The key topics of discussion were the creation of a "new" carbon market (Article 6) and the degree of ambition.

He highlighted the Climate Ambition Alliance which demonstrated the commitment from the corporate sector to net zero by 2050.

John Denton, Secretary General of the International Chamber of Commerce (ICC), reiterated the need for a bold narrative, global policy and mass mobilisation to achieve a 1.5 degree goal.

631 investors with $US37 trillion in assets under management signed the Global Investor Statement to Government on Climate Change which called for governments to:

Article 6 bogged down in process - being elevated to Ministerial conversions. New Zealand and South Africa (the co-chairs) are leading facilitation for the parties. During the COP Presidency briefing today, the New Zealand Minister provided a brief update highlighting that whilst there was consensus on many issues, there had been little progress on the key issues (double counting, carryover and share of proceedings). Further bilateral discussions will be held with decision makers today and tonight, with an updated version of the text expected Friday morning.

As the bleary eyed negotiators persevered through to the end of the week, there is still much work to do (particularly around Article 6).

All we want for Christmas is Article 6 (and yes there is a badge).

Needless to say, the call for increasing ambition to limit global warming to 1.5 degrees was clear. Business has heard this call and is allocating capital accordingly. Economies are transitioning to net zero. The momentum is gaining. History will tell who "wins" and who "loses".

The science is clear

Scientists are making their presence known, united in their message and clear on their projections. In fact, this is the "blue COP" referring to the COP's focus on oceans.

The IPCC released a Special Report focusing on the impact of climate change on oceans and the cryosphere. The Oceans cover 71% of the planet's surface and contain the bulk of our water (97%). The cryosphere is the frozen component of the planet's system, with approximately 10% of Earth's surface covered by glaciers or ice sheets. The Earth system is complex with a multitude of interactions between water, energy and carbon - all supporting communities. The Special Report highlights:

It is clear that our oceans and cryosphere is reaching a tipping point, with limited ability for further adaptive response with "ecosystem-based adaptation will only be effective under the lowest level of warming".

Strong reductions in greenhouse gas emissions, that is aligned with a 1.5°C goal, will limited the magnitude of expected changes and reduce further changes after 2050. Yet another recently released report, the UN's emissions gap report, highlights the global challenge.

The report then highlights that significant global restructuring is required to achieve these outcomes, highlighting the role of renewable energy, energy efficiency and electrification for heating, mobility (electric vehicles) and decarbonising emissions-intensive industries (of which we have a few) are all critical for success.

Check out the interactive visual and the report.

The message is clear

Our global scientists are clear that we have reached a tipping point with our oceans and the cryosphere is suffering. This impacts us. From extreme sea level events to reduction in fisheries, our coastal communities will be impacted. Yet we can limit future impacts by limiting global warming to 1.5°C - this is our goal. 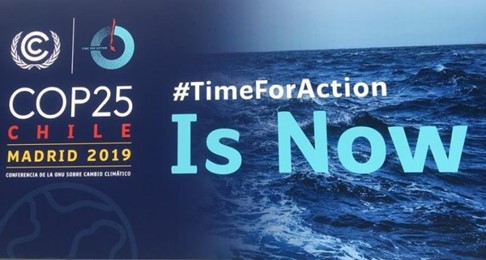 COP25 Madrid - Still in the throes

As we enter the second week of the COP25 negotiations, a weary and bleary group of delegates have emerged. Tuesday has just concluded here with little tangible progress on the key element - Article 6 - the market based mechanism.

Monday night stretched into the wee hours, with negotiators still hard at work until 2am. It was a frustrating day for them with little change to the draft text that was produced by the technical working groups over the weekend. This non-consensus text has been forwarded to the COP President for distribution to Ministers, effectively elevating the discussions from the officials to the Ministers.

All with the aim of developing a robust market based mechanism that delivers additional and credible emission reductions.

The next phase has now been elevated to Ministerial level, This effectively elevates the discussion to a political discussion between the parties.

Interestingly, Minister Taylor announced Australia's intention to join the "Transition Initiative" focusing on hard to abate sectors. Along with India and Sweden, this group will be focused on technological solutions for abatement. Minister Taylor is committed to Australian industry, the workforce behind these industries and the technological solutions that can abate emissions for these industries. It remains to be seen what this means in practical terms with the Climate Solutions Fund (CSF) and enabling agencies (ARENA and CEFC) expected to play a role in adopting a wider range of technologies to support a transition to a zero net carbon economy.

What happens if we don't get agreement?

Negotiations are expected to go down to the wire this week. Our delegates will be working hard to ensure any outcomes are robust and dependable. If consensus is not reached, then the discussions will continue next year at COP26 in Glasgow. And in the absence of an agreed rule book, global carbon markets will be in limbo.

What is really sticking with me at the moment is the numbers that are coming to the fore:

And it only takes one party to change the text.

Which is why the Gandhi quote is so important, be the change you want to see. Every action counts, and there is great urgency. 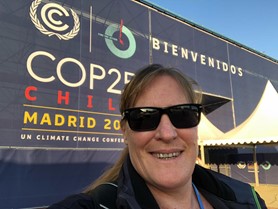 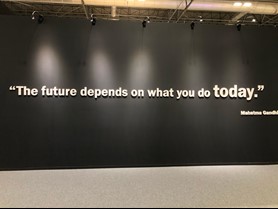 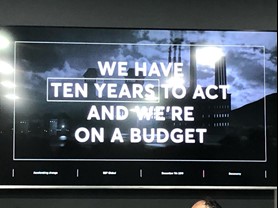 You have to feel for the negotiators

The negotiators have been under huge scrutiny as we anxiously watch them argue so politely with each other about what seems to be the most trivial things. We really need progress on Article 6, we really need ambitious emissions reductions, we really need to start adapting to a changed environment and they are arguing about a phrase or a word. But remember that they can only negotiate in line with what they have been told to do by their governments. They are professionals and they are doing their jobs to the best of their abilities. And yes, Australian negotiators are looking to carry Kyoto credits into the Paris Agreement period which we don’t want, by they are as vigorously arguing that Article 6 remain strong on human rights. The American delegation will no longer be in the room next year, but they will argue for a clear and transparent Article 6 until their very last day in the Agreement. The Paris Agreement is just that, it is an agreement, it is not a majority decision, all the parties in the room have to agree to every word in the text. I am glad they are here to do their jobs, I don’t envy them this role at all. 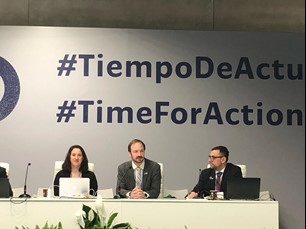 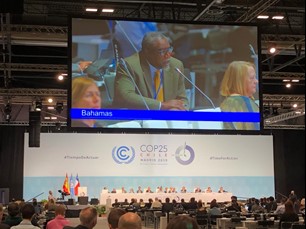 The workshop on adapting to a world where the water has run out really highlighted the need humanity has to adapt to a changed environment. We have temperature certainty, the world will never be the same again. The Business sessions start out well highlighting the risks and recognising that we need to change, but all the transition that is spoken about is how to get out of emissions, how to limit and stop emissions. This absolutely is an imperative, and the sooner the better, waiting for 2050 to roll around is too late.

However, the other side of managing your climate risk is adapting to a changed environment. The Standing Committee on Finance of the UNFCCC has shown that we need to spend equally on mitigating emissions and adapting to a changed environment. The business community is missing half of its risks, and thus also half of its opportunities. TCFD (Task Force on Climate-related Financial Disclosures) and SBT (science-based targets) are enough on their own, adaptive response plans need to be built too. 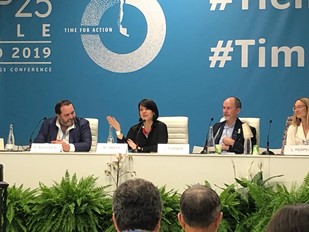 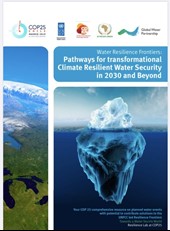 Such divergent views on everything

Today seemed to be one of contrasts, the three which I have really noticed are:

a) just how scary the IPCC forecasts for Oceans and Cryosphere are, and in contrast to the Land report, there is no relief or mediation of the risks through changing how we farm for example, all was can do is reduce emissions a lot and fast.

b) how many people here want to talk ambition, this is the focus of the Chilean presidency of the COP, when really all I am hoping for is an Article 6 resolution which is not too weak.

c) business would like a resolution on Article 6, even if it’s weak, civil society feel no deal is better than a bad deal.

Time will tell where we land on the last two, and really we just need to act, because we are running out of time. Hopefully the next week of the COP resolves some of these. 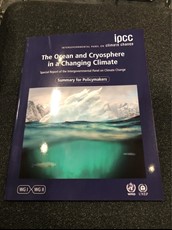 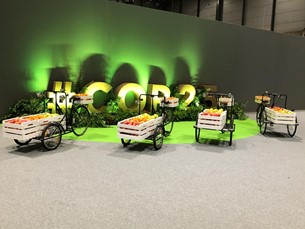 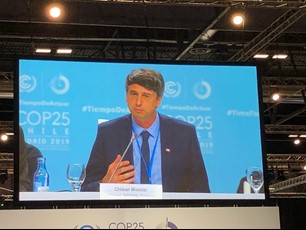 It’s starting to feel like I’m in a bubble

You get to that point in the COP when you start to feel like all the players are doing what they are supposed to inside their own little bubble, a bit like the pro-nuclear pandas inside their inflatable suits. But COPs are always there to surprise.

The first people operating outside their bubbles seem to be the IPCC who are speaking more clearly about what they do and how. It was refreshing to understand their aims to not be policy directive but to be policy relevant. The care taken in their approach to ensuring diversity in their authors was great to hear. A clear value add to the UNFCCC process and a group of people who work really hard to deliver great work. Their special report on Land discussed in a shared session with the SBSTA today is a case in point.

The other bubble that seems to be changing shape is the negotiation process for Article 6. To be fair the same people have been arguing and disagreeing about the same stuff for two years so it was refreshing to hear that they are trying a new approach to informal informals, hopefully it will deliver a clean set of options to the presidency on Monday as planned. The negotiators seem very invested in delivering a result this time. #timeforaction 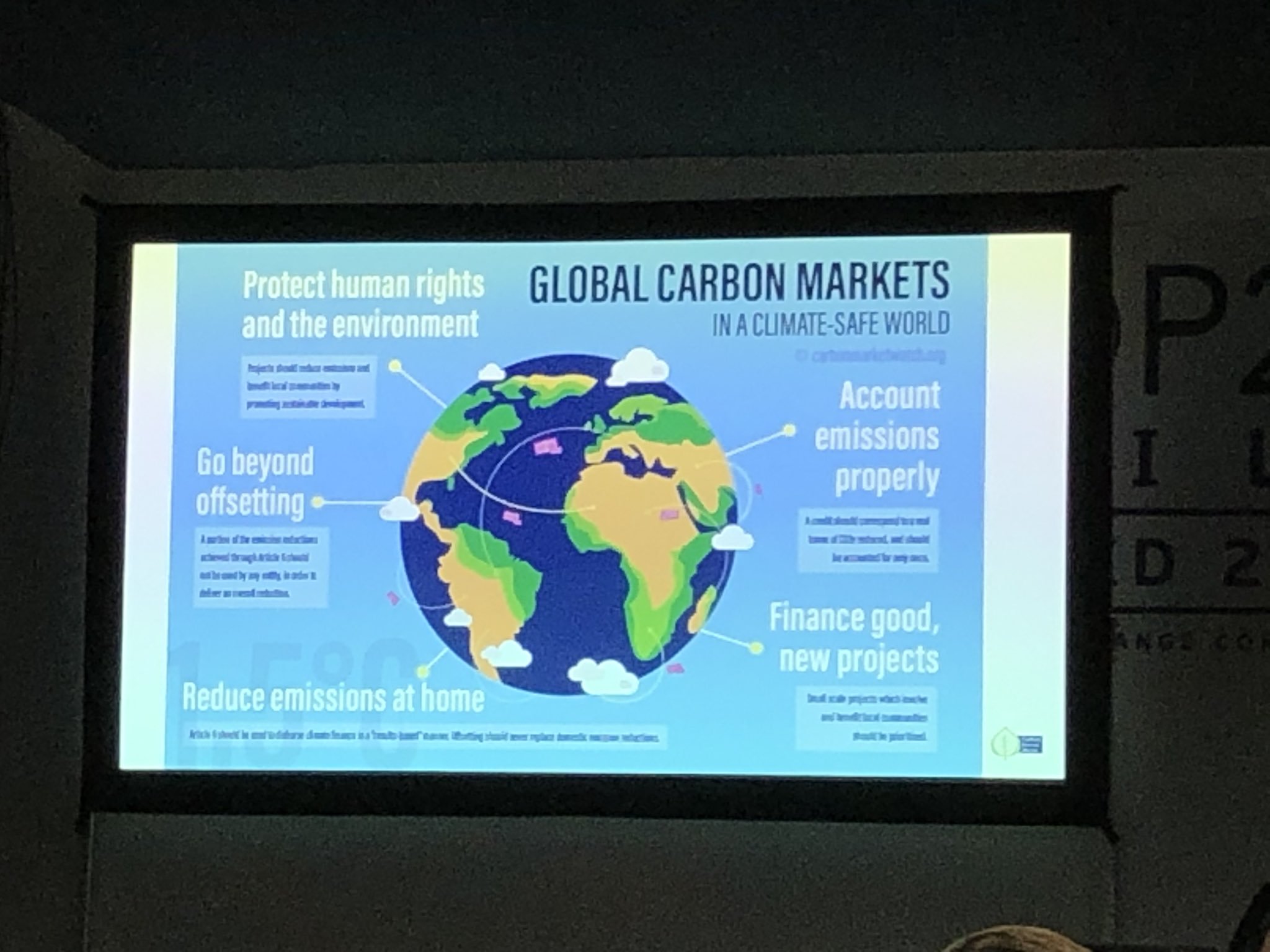 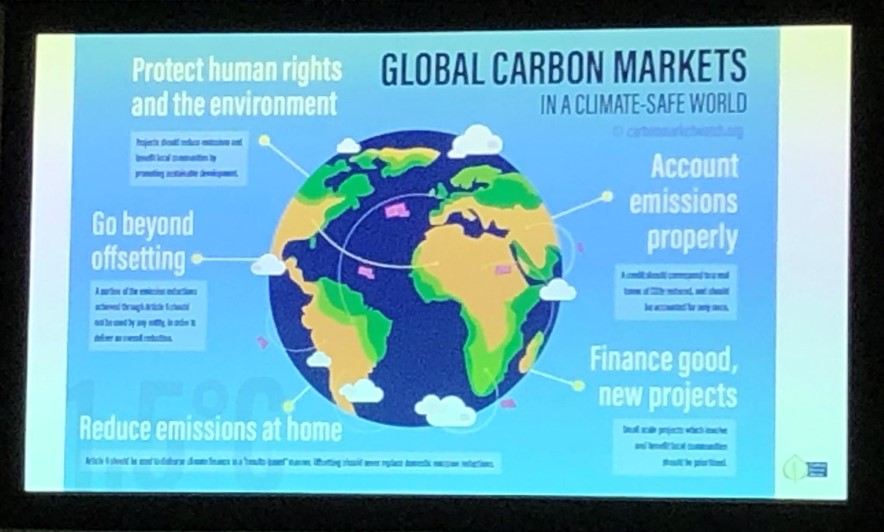 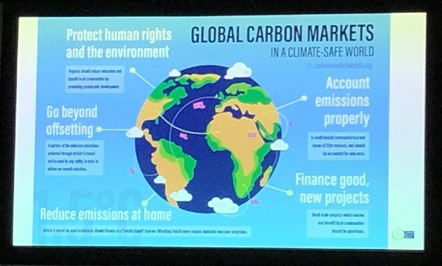 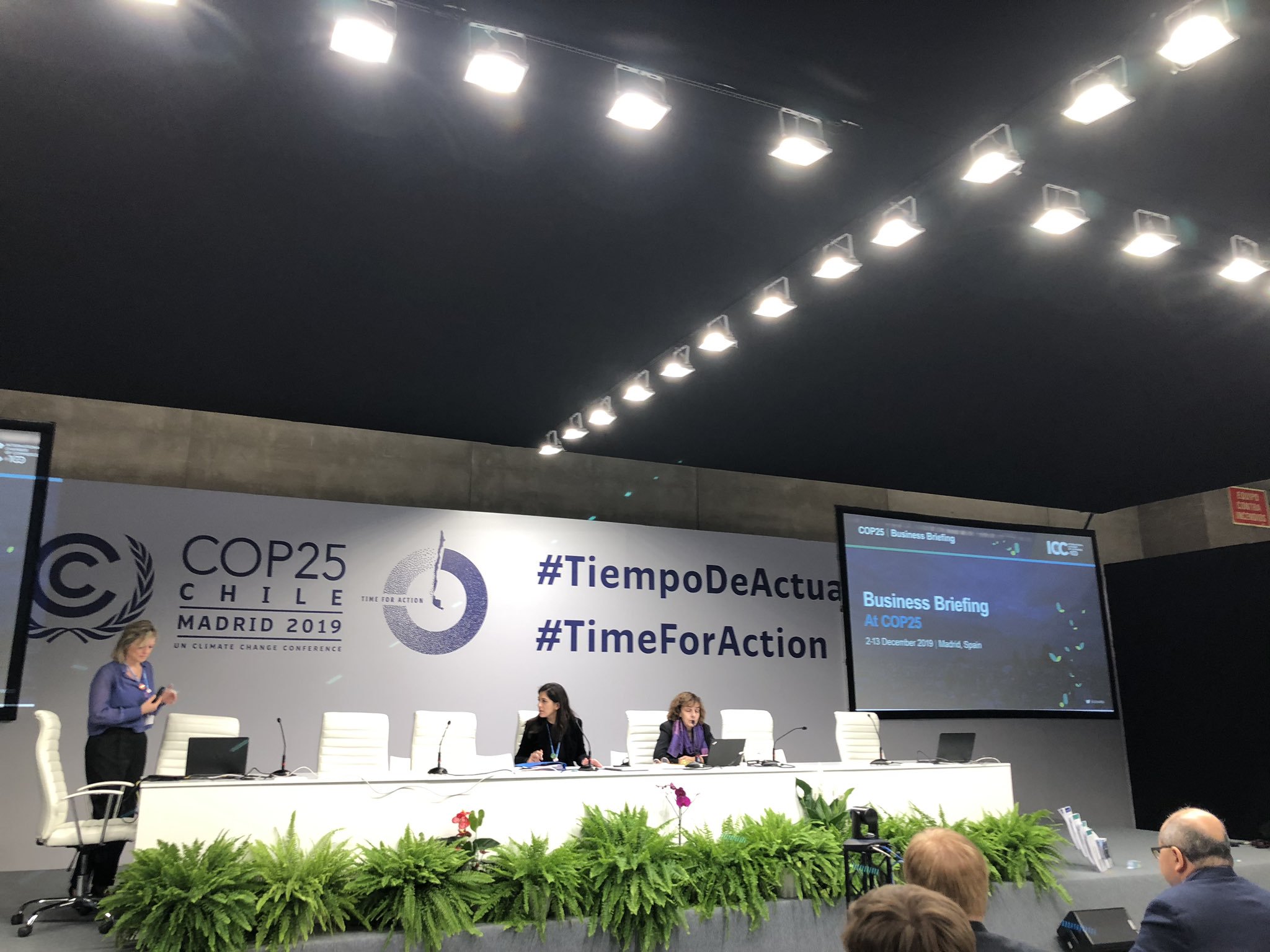 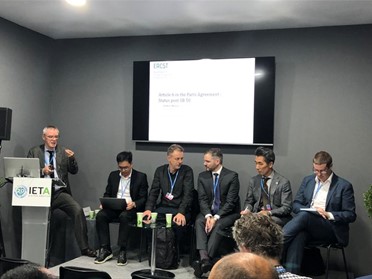 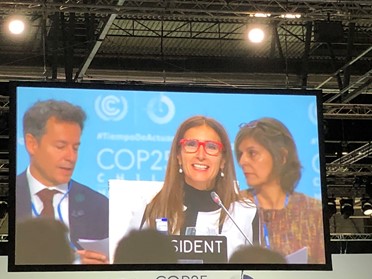 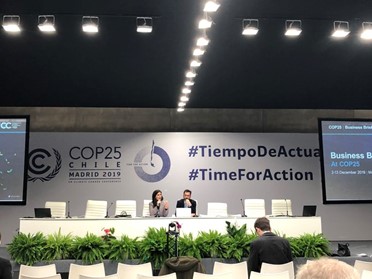