As the global surge towards net zero continues, hydrogen is increasingly an ‘enabler’ for the transition

As the number of countries and organisations pledging net zero commitments continue to grow, there is increasing focus on transition pathways and the technology options required to ensure these targets can be achieved. The deployment of hydrogen and its derivatives has been identified as a key transition pillar, particularly in hard to abate sectors such as long distance transport, iron and steel production and chemicals manufacturing. The International Energy Agency (IEA)[1] estimates that hydrogen and hydrogen-based fuels (such as ammonia) will represent 6.5% of total cumulative emissions reductions in 2021-2050.

The number of countries with a hydrogen strategy is increasing (circa 39[2]). However, there is an ‘ambition spectrum’, particularly with respect to deployment targets. Most government support has focussed on producing low carbon hydrogen, resulting in a doubling of capacity of electrolysers (needed to produce hydrogen from electricity) over the last five years to reach just over 300 MW (to mid-2021). Yet, despite the current momentum, a considerable step change is required to realise hydrogen’s full potential. In this article we consider the balance between the ambition, the current limitations and the plans underway to market development.

Where does the step change need to be made?

In its recent assessment of the global hydrogen markets, the IEA asserted that due to limited global production of low carbon hydrogen, lack of cost competitiveness and limited use in sectors with potential, such as long distance transport, the adoption of hydrogen falls short of what is required for achieving global net zero by 2050.

As well as a ramp up in production, IEA has identified ‘demand creation’ as a critical action for governments to consider in order to reach net zero by 2050. By way of example, current global commitments to use hydrogen in transport will result in deployment of approximately 6 million fuel cell electric vehicles (FCEVs), which is only 40% of what is needed for net zero.

There are emerging and more sophisticated policy pillars, which can potentially provide a higher degree of confidence to investors as they contemplate their hydrogen capital allocation, including production and/or price targets, deployment of sector specific targets, implementing quotas (e.g. hydrogen injection into the gas grid) and robust certification schemes.

Supporting market growth through direct government involvement is also deemed necessary, particularly in the early stages of market development. In this regard, the German government’s plans to use ‘contracts for difference’ (CfDs)[3] to facilitate investment in hydrogen, provides a leading example of how such instruments can accelerate the transition of carbon intensive industries such as steel. Under this program, the government will pay the difference between the carbon abatement costs of the project and the carbon price in the EU Emissions Trading Scheme.

IEA’s review also identifies the importance of hydrogen infrastructure for reaching market growth targets. Hydrogen can be transported either in gaseous form by pipelines and tube trailers or in liquefied form in cryogenic tanks. IEA analysis indicates that pipeline is generally the most cost-efficient option for distances of less than 1,500-3,000 km, depending on pipeline capacity. Reaching the targets set in hydrogen strategies will necessitate much faster hydrogen transmission development. IEA analysis shows that by 2030, the total length of hydrogen pipelines globally will need to quadruple to more than 20, 000 km to achieve net zero.

Australia has made significant progress in advancing hydrogen, yet uncertainty remains about the role of hydrogen in net zero pathways

Interest in hydrogen has built up momentum in Australia. Since the release of the National Hydrogen Strategy in 2019, Australia has ramped up its efforts to develop hydrogen for both the national energy transition, and as an export commodity through a series of initiatives including:

Progressing the development of a hydrogen ‘guarantee of origin’ or certification scheme (the Scheme) has also been a government priority, in recognition of the importance of such a scheme in accelerating the development of the hydrogen market by providing customers with transparency around the carbon emissions of the hydrogen being purchased (hence mitigating potential demand risk). The government’s preferred approach is to ensure a degree of international alignment[4] from the outset, thereby addressing a future trade barrier.

Policy announcements from state governments have also sought to support early stage development and commercialisation projects. The NSW government’s recently announced hydrogen strategy[5] is attempting to address demand risk by including commitments on blending hydrogen into gas networks (up to 10% hydrogen in the gas network by 2030) and procuring hydrogen powered transport for the public sector.

While there is global support for hydrogen as a decarbonisation lever for the Australian economy, significant uncertainty remains with respect to the scale and timing for its widespread application. For instance, Australia’s recently released ‘Long Term Emissions Reduction Plan’[6] outlines the potential of hydrogen as a ‘priority’ technology. However, its abatement potential within specific sectors of the economy has not be assessed. The federal government has also not committed to any production or sector specific deployment targets.

Further work is needed (at federal and state government levels) to assess the interaction of emerging hydrogen policies with existing energy transition and climate resilience policies, and to better articulate hydrogen’s role in net zero pathways across the economic sectors and the broader energy transition.

Is hydrogen ‘easy to say but hard to do’?

Whilst hydrogen policy is heading in the right direction with work needed to grow demand in step with supply, there are a number of questions that project developers should consider as they contemplate their hydrogen investment decisions. The questions fall into two broad categories as follows.

Commerciality. The cost of ‘green’ hydrogen production is a major barrier to its uptake. While costs are coming down, largely due to falling renewable power costs, green hydrogen is still 2-3 times more expensive than blue hydrogen (produced from fossil fuels with carbon capture and storage), further cost reductions are needed.

Bankable customers. Uncertainty remains with respect to ‘who’ will be buying the molecules, particularly in the short to medium term. Investors and developers need to consider their potential customers’ drivers and requirements, including their preferences with respect to certification (i.e. third-party certifications may be required). Customers’ willingness to pay the green ‘delta’ also needs to be tested as financiers will require a predictable revenue stream. 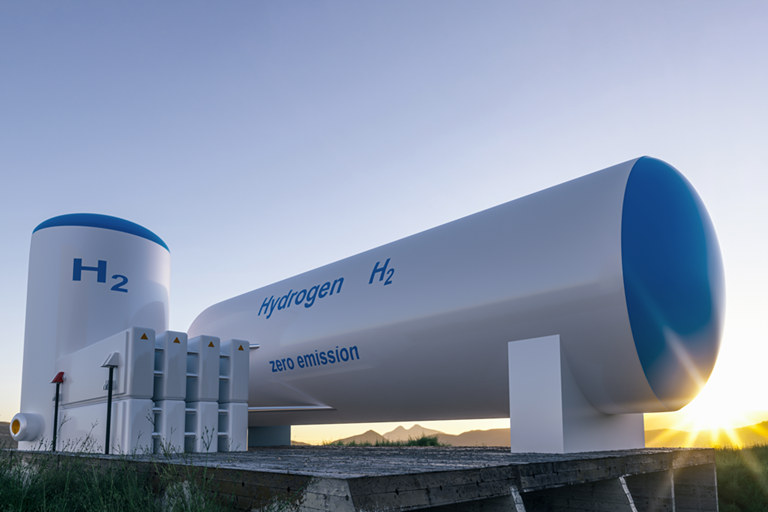 [1] International Energy Agency | Net zero by 2050: A roadmap for the global energy sector