The Federal election campaign has featured climate change as a pivotal issue. The public’s attention is being focused following Australia’s hottest ever summer, extreme and costly weather events, the student climate strikes and persistent downplaying by the Government of climate change as an issue warranting urgent action.

While the two major parties have vastly different targets for emissions reductions and renewable energy uptake, the policy mechanisms are essentially the same. Currently emissions reductions are driven three ways: a) through the Safeguard Mechanism, b) reducing electricity demand (resulting from efficiency measures) and c) renewable energy sources becoming sufficiently cost effective that they are ‘business as usual’. The effectiveness or adequacy of these mechanisms is a separate issue.

Australia’s emissions have risen steadily since the repeal of the carbon price in 2014. Against the backdrop of the Paris Climate Agreement, the IPCC’s Special Report on 1.5oC of warming, and the concerns of the global investor community of the costs associated with a changing climate, pressure is growing nationally and internationally for Australia to pursue deeper cuts to emissions.

A snapshot of the Safeguard Mechanism framework under each party

Regardless of which party is victorious in the upcoming election, the Safeguard Mechanism (SM) remains the central policy outside the electricity sector that requires facilities to reduce emissions. As it is as an economy wide measure, there is a large amount of interdependence. For example, the emissions from a Safeguard facility may also be reduced if vehicle emissions standards are imposed.

Summary of safeguarding under the Coalition and Labor: 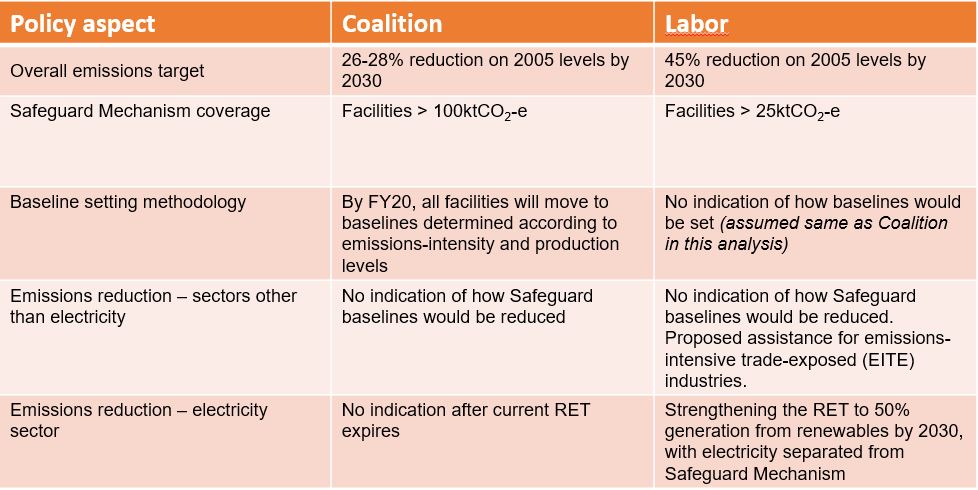 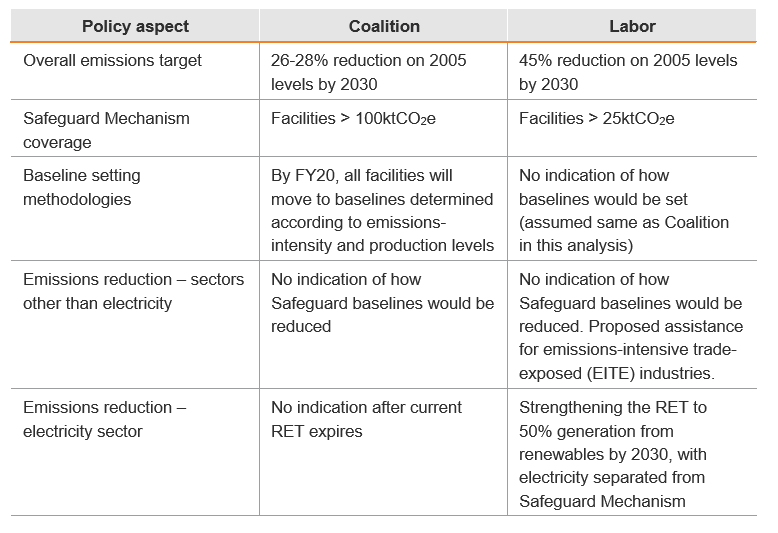 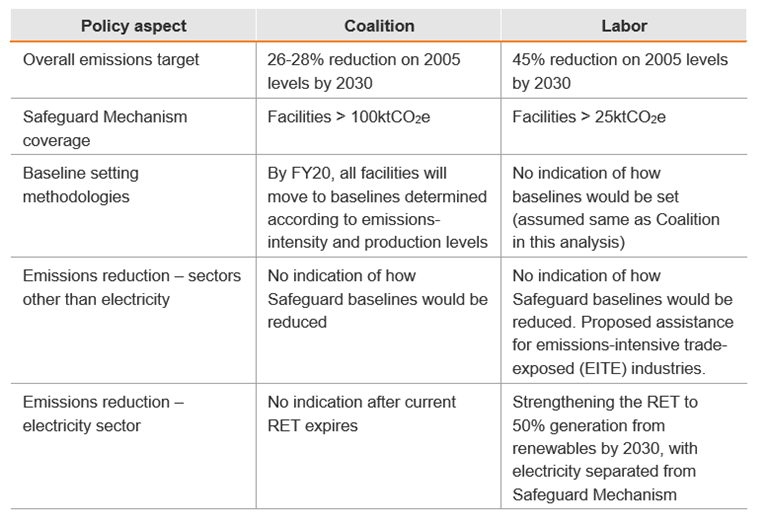 What does that mean for coverage of national emissions? 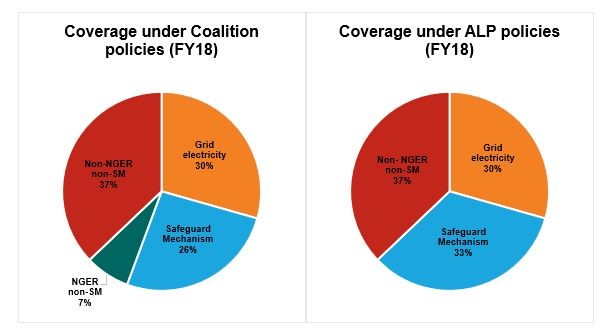 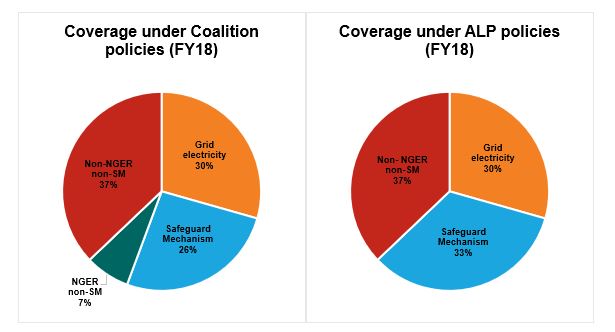 Figure 1: Coverage of the Safeguard Mechanism under the two parties

The task ahead: baseline reductions required to reach the 2030 targets

Under the existing Coalition policy suite, driving down Safeguard Mechanism baselines is the only option to reduce emissions outside the electricity sector. Our modelling indicates business as usual electricity generation in 2030 will have associated emissions of 88MtCO2-e, and so we assume the remainder of the target must be met through reductions to the Safeguard Mechanism baselines.

To reach the national target of 26-28% reduction on 2005 levels by 2030, emissions for safeguard facilities will need to reduce by 1.2 - 2.2% per annum from 2020. The rest of the 2030 emissions reduction task is largely delivered by the take up of renewables which, because it is cost effective, is business as usual.

Even assuming all sectors outside the electricity sector reduce emissions equivalently, to reach the 45% reduction on 2005 levels by 2030, emissions would need to decrease by 3.9% per annum from 2020.

With the Safeguard Mechanism remaining the centrepiece of Australia’s climate change policy suite, large emitters would benefit from a robust emissions forecast, and an in depth understanding of the points of sensitivity and the factors that underpin their emissions forecasts. Understanding compliance options and ways that liabilities can be managed; including submission timeframes and audit requirements over and above existing reporting obligations, places businesses in a better position to act in a changing policy environment.

Regardless of the outcome of the election, pressure continues to grow from a range of stakeholders across the investor community, regulators such as ASX and APRA, supply chain partners, consumers and local communities. Social licence to operate and investor confidence will be increasingly contingent upon a business’ willingness to address their climate risks. Pursuing emissions reductions within a strategic plan and against a series of targets, will not only increase confidence, but mitigate future regulatory risks when the emissions reduction task deepens.