Energetics is proud to be associated with the corporate renewable power purchase agreement announced by Sydney Metro in July 2018. Electricity and Large-scale Generation Certificate (LGC) offtake agreements have been secured with First Solar’s Beryl Solar Farm in mid-western NSW for a fixed volume that is equivalent to the forecast electricity use of 134,000 megawatt hours per annum[1]. The agreement is for 15 years, aligning with the Sydney Metro Northwest operator contract period. The 87 MW solar generation facility has around 260,000 solar modules on a 145 hectare site[2] near Gulgong, and is expected to be completed by mid-2019[3].

The $8.3 billion Sydney Metro Northwest project is Stage 1 of Sydney Metro, Australia’s biggest public transport project. It will also be Australia’s first fully-automated metro rail system when operations commence in the first half of 2019.

Metro rail systems make an important contribution to reducing urban transport emissions, as they displace motor vehicles. The system has a capacity to move more than 40,000 people an hour in each direction and will run every four minutes in peak periods through eight new stations[4].

In recognition of Australia’s greenhouse emissions reduction challenge, the project announced its commitment in 2013 to fully offset greenhouse gas emissions from electricity use for operations.

Energetics was engaged from the initial assessment of renewable energy supply options and business case approval late in 2015, through to the successful conclusion of negotiations in the first half of 2018.

Behind the deal: stages to establishing the corporate renewable power purchase agreement

In 2015, Sydney Metro and the NSW Renewable Energy Advocate investigated options to fully offset the emissions associated with electricity use on the Northwest project. Energetics supported the option analysis and development of an initial business case for sourcing renewable energy from a NSW generator.

"Energetics provided excellent technical and financial advice on the NSW renewable energy market. Their flexibility and ability to go above and beyond was greatly appreciated"
Amy Kean, NSW Renewable Energy Advocate, project sponsor

Next steps: approaching the electricity market

Stuart Hodgson, the Acting Executive Director, Safety, Sustainability and Environment at Sydney Metro, championed the 2013 offset commitment and secured approval to approach the market for renewable energy with an expression of interest in early 2016. What Sydney Metro sought was the first deal of its kind in Australia in nearly seven years[5].  The EOI process saw renewable energy project proponents putting forward contract and pricing models not previously used in Australia.

Over the following months, models were refined as the deal team negotiated with a shortlist of proponents. What emerged as the optimal model was the purchase of LGCs and a financial agreement for the ‘value’ of the power generated by a solar farm (i.e. ‘contract for difference’). This approach was assessed to be the most cost-effective solution to meet the objectives of the project and to minimise risks.

A ‘contract for difference’ arrangement is not new in Australia[6] but it was the first transaction between an Australian public infrastructure project and a renewable energy generator based on the conventions of the International Swap and Derivatives Association as adapted for the Australian electricity market.  Under a ‘contract for difference’ PPA model, the energy generated by a renewable energy project is sold to the market. When the price the generator receives on the spot market is higher than the agreed PPA strike price, the generator pays the corporate the difference, and vice versa.

Energetics was involved throughout the process. From developing options, assisting the business case and writing the request for expression of interest, through to advising on the contract model’s development, pricing model design, drafting of commercial terms, industry consultation and assessment of responses.

Energetics provided the in-depth understanding of electricity contracting and markets required by the Sydney Metro Authority to deliver the project.

Following the conclusion of the corporate power purchase agreement with First Solar, Energetics was also retained by Sydney Metro Northwest to advise on the selection of a retailer for the initial period of operation and to supporting their accounting advisor to assess the value of the hedge.

Stuart Hodgson believes that, with the help of specialist advisors, including Energetics with its technical expertise, Sydney Metro has achieved an important plank in ensuring the sustainability of Sydney Metro Northwest, one of Australia’s most important public infrastructure investments in recent years. 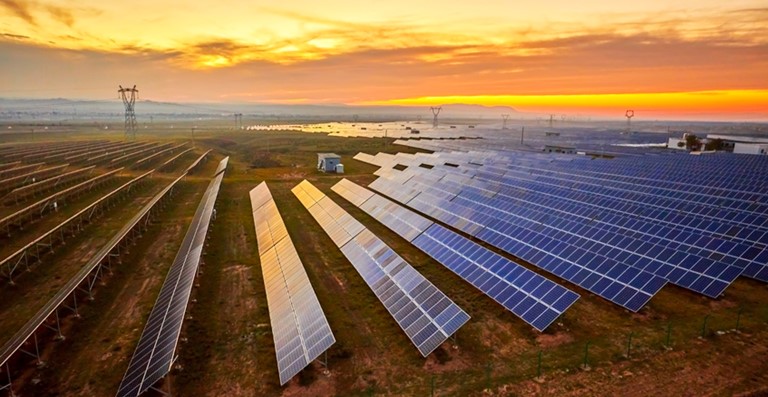 [5] Four deals with Water Corporations and Desalination Plants were concluded in NSW, Victoria and South Australia between 2008 and 2010, including the Sydney Desalination transaction with Capital Wind farm in 2008. Sydney Water was advised by Energetics

[6] Commonly used between electricity retailers and generators. It is also the pricing model used by the ACT Government for its large scale renewable energy reverse auctions.