As published in the Australian Institute of Energy’s, Energy News

“Transitioning to future fuels in sights of researchers”. So said the media release issued by the office of the Ministers and Assistant Ministers for the Department of Industry, Innovation and Science on 13 April 2018 when the Australian Government announced that the Future Fuels Cooperative Research Centre (CRC) will receive $26.25 million in government funding. The CRC will “look at opportunities to adapt existing infrastructure for the production, transport and storage of sustainable future fuels such as hydrogen and biogas”.

The creation of the CRC builds on the view of the gas industry that hydrogen is not just a viable fuel for the future but is a key part of the response to climate change. Gas Vision 2050, the response of the Australian gas industry explains how this outcome can be realised through a combination of carbon capture and storage to deal with residual emissions from natural gas, biogas as a low emissions fuel and hydrogen.

This article looks at the role of hydrogen as a low emissions fuel.

Hydrogen: it’s the embodied emissions we need to address

But first some facts about hydrogen. Firstly, there is an awful lot of the stuff. In fact, 75% of the normal mass of the universe is hydrogen. Unfortunately, none of the hydrogen (H2) is on the Earth. H2 is too reactive or too light to hang around. Any H2 in the atmosphere will either react with something or float away to space.

Secondly, when hydrogen burns, it produces water and little else. This is the case whether it ‘burns’ in an internal combustion engine cylinder, a fuel call or a furnace – it is a zero emissions fuel at the end use.

Unfortunately, the embodied emissions cannot be ignored. For while hydrogen has potential as a viable fuel in a world that must reduce carbon emissions, the feasibility of hydrogen as a fuel depends upon the carbon footprint of both the process used to produce it and the method of its transportation to the end use, and the economics. As hydrogen must be produced from another energy source such as natural gas, biomass, alcohol or electricity, it is really an energy carrier or storage medium rather than an energy source.

Hydrogen can also be produced from renewable energy sources – biomass or surplus electricity from wind and solar farms. This approach deals with the issue of embodied emissions but does not deal other challenges such as the efficiency of conversion of the renewable energy source into hydrogen, and the transport and storage of the hydrogen. The role of hydrogen as a clean fuel depends upon the developing cost-effective solutions to these technical problems.

Cost effectiveness is important because there are emerging technologies that address the applications where hydrogen-based fuels could be deployed. The two that stand out are transport and heating.

In an article written in 2012, Prof Nigel Brandon of the Grantham Institute for Climate Change[1] noted that while hydrogen cars (an electric vehicle powered by a hydrogen-based fuel cell) have several advantages such as rapid refuelling and a long range, Battery Electric Vehicles (BEV) would receive more attention. That was 2012! Today, BEVs are progressing up the ‘S-curve’ towards mass adoption within a decade. The cost of BEVs is falling rapidly due to falling cost of battery packs, with McKinsey and Company reporting an 80% fall in prices from 2010 to 2016[2]. Current technology trends suggest that the future of cars is the BEV[3]. However, the low-cost batteries necessary to make BEVs cheaper than internal combustion engine cars are still to appear and there is always the possibility that technical and economic barriers will emerge that halt the evolution of batteries.

A few car manufacturers are doing any serious work on hydrogen fuel cell vehicles. Hydrogen cars have the advantage of being able to be refuelled at modified service stations rather than charging stations, with less change in consumer behaviour. They also have a potentially longer range than BEVs. A recent global automotive sector survey reported that a majority of executives interviewed believe BEVs will fail due to infrastructure challenges and that the electrification of vehicles will be via hydrogen cars.[4]

The situation with heavy vehicles is a little more complex. Electric motors connected directly to the wheels as is the case with a light vehicle will not provide the torque range required to meet the demands of a heavy vehicle such as a fully loaded tractor-trailer (semi-trailer). This increases the complexity of heavy vehicles powered by batteries. The duty cycles of heavy vehicles (they only make money for their owners when they are moving) makes recharging and range more challenging propositions. The additional weight of a large battery pack also reduces the payload of a truck. Several auto companies such as Toyota, BYD and General Motors are looking at hydrogen fuel cell trucks (and buses) and have delivered commercial prototypes. Challenges remain as a battery must provide additional power during acceleration, trucks need space to store the hydrogen and the fuel cell must be robust enough for the rough ride. 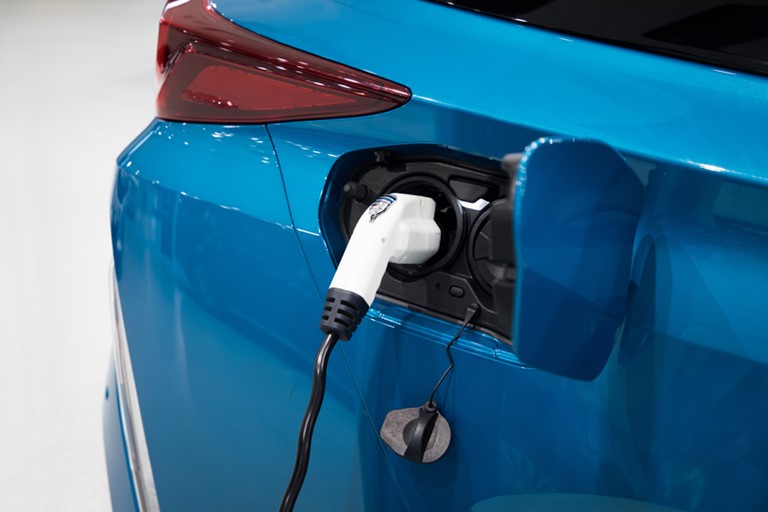 Heating is a second broad application where hydrogen may play a role is a zero-emissions world. The different heating applications are space heating in buildings, hot water heating, cooking, low range industrial heating and high temperature industrial heating. Each has their own requirements. If the required temperature isn’t high then heat pumps may be the preferred option.[5] For instance, heat pumps (reverse cycle air conditioners) provide cooling as well as heating in the one device. Further, they can often be coupled with behind the meter solar PV to provide a very low cost, simple solution for the residential sector.

The case is different with high temperature industrial heating, where there are limited viable alternatives to the combustion of a fuel gas. Hydrogen produced from renewable energy therefore provides a pathway to reduce the emissions linked to industrial heating. Hydrogen may also find a future as the zero emissions reductant of choice for processes such as converting iron ore to iron.

The impact of variable renewable electricity generators (aka wind and solar farms) on Australia’s power networks is now front of mind for the industry and for policy makers. Therefore, the proposal for what will be Australia’s first renewable-hydrogen electrolyser plant – a 15MW facility to be built at Port Lincoln in South Australia is of interest. The plant will produce hydrogen using electrolysis powered by surplus electricity from local wind and solar plants. One of the uses for the hydrogen is power generation providing balancing services to the national transmission grid, as well as fast frequency response support for new solar plants under development in the Eyre Peninsula.[6]

The secret to hydrogen supporting variable renewable generators is storage. However, hydrogen is difficult to store due to its very low boiling point and small molecular size (leading to high rates of diffusion). Nonetheless, if managed, the storage of large volumes of hydrogen could support the electricity networks for extended periods of low output from wind and solar farms – much like a zero emissions alternative to natural gas fired turbine generators. Pressurised and cryogenic tanks can provide hydrogen storage capacities of between 100 kilowatt hours (kWh) (pressurised tanks) and 100 GWh (cryogenic storage). Both are mature technologies. Storing hydrogen in metal hydrides or carbon nano-structures are promising technology options for achieving high volumetric densities. Metal hydride storage is already in the demonstration phase[7].

Hydrogen remains an expensive option. Work by the IEA6 shows that the cost of hydrogen depends upon the cost of the energy source (electricity or natural gas) and any cost of carbon emissions. Hydrogen produced from (renewable) electricity costing $US60/MWh has a levelised cost of $US100/MWh or around or the mid to high 30’s per GJ – considerably higher than the cost of natural gas. Further, the process of electrolysis, transportation, pumping and fuel cell conversion back to electricity leaves about 20-25% of the original electricity, whereas the process of electricity transmission, charging and discharging a battery leaves 75-80% of the original electricity[8]. Improvements in technology may improve these efficiencies but the basic thermodynamics of electrolysis and oxidation in a fuel cell will always lead to losses in production and use of hydrogen. Cost effective zero emissions hydrogen will rely on the availability of low cost renewable electricity.

Challenges remain for hydrogen as they do with other paths to zero emissions energy.

If the experience of the renewable energy industry is anything to go by, the key lies in mobilising the global investment community initially using appropriate policy levers but later through the demonstrated commercial edge of certain renewable technologies. Investors will look at the competitive landscape. This is why this paper has focused on both hydrogen and the alternative technologies for key end uses.

Many energy professionals see hydrogen as a leading solution to the challenge of achieving zero greenhouse gas emissions. Perhaps the more pertinent question is whether the investment community sees a future for hydrogen as the world transitions to clean energy.