Federal Budget 2020-21: what is the outlook for climate and energy policy?
Date
October 2020
Author
Helen Wetherell

Featuring growth and job creation as the headline priorities to stimulate Australia’s COVID-19-ravaged economy, the Budget in 2020-21 will have an underlying cash deficit of $213.7 billion (11% of GDP)[1]. There are targeted investment measures for sectors including medical technology and defence, taxation benefits for business, and proposed enhancements to the research and development tax incentive to encourage investments in innovation.

Infrastructure investments also feature heavily. An additional $7.5 billion to rail and highway projects for every state and territory was announced. A further $3 billion will be invested in shovel-ready projects.

On environment, climate change and energy, most of the funding was previously announced. In this summary we look at the overall funding picture.

What was available to address climate change? In a year Australia was devastated by bushfires, very little

Despite 2020 being the year Australia suffered devastating and unprecedented bushfires in the eastern states, there was little in the Budget focussed on climate change. Certainly, there was no ambition and nothing to suggest that a new target, aligned with the Paris objective of limiting warming to 1.5oC, would be pursued.

One small, but notable inclusion was $7.6 million to upgrade the Australian Community Climate and Earth System Simulator (ACCESS). Described as “next generation climate modelling” in coverage in the Sydney Morning Herald, ACCESS is intended to support planners to “reduce resolutions down to as little as one-kilometre grids, allowing for predictions of heat-island effects in heatwaves to the speed of intensification of storms including so-called pyrocumulus clouds that develop in intense bushfires.” The funding is only for three years from 2020-21, although a 10 year project, the initial outlay will enhance Australia's modelling capability to keep pace with international developments[2].

The most significant announcements were in the $1.9 billion Low Emissions Technology Statement released in September which focussed on cheaper and more reliable energy through new and emerging technologies. Without any new initiatives or additional support for solar and wind, the Statement aims to abate 250 million tonnes of carbon emissions per year by 2040. Planned investments include:

The government allocated $5 million for electric vehicle development which includes financial support for a manufacturing facility in South Australia. The amount, however, pales in comparison to the reported US$300 billion global car manufacturers are expected to spend over the coming decade to achieve mass production of electric vehicles[3].

A notable Budget announcement was the upgrade to Vales Point coal power station[4]. As reported in the Financial Review, “[the upgrades are designed] to reduce emissions, improve reliability and provide additional dispatchable generation in New South Wales".

The Financial Review goes further to say, “..the government's aim was to upgrade the power station in time for the exit of AGL's ageing Liddell coal-fired power station, and to provide grid stability for three summers before Snowy 2.0 comes online…. There isn't a set of emissions reduction targets for the upgrade, nor does the budget document specify a capacity output that the power station is expected to meet.” So while seemingly related to both energy supply security and reducing emissions associated with energy generation, much of the detail is yet to be released.

Only $1.8 billion was allocated to environmental protection over the next five years: $67 million for the protection of oceans and marine ecosystems, $233.4 million in national park upgrades and $200 million on habitat recovery. There will also be $254 million over four years to support the Bureau of Meteorology.

More insights to be found in ‘Energy Week’

Beginning 14 September, a series of policy announcements were made each relating to different energy market challenges.

The first announcement was a proposed national fuel reserve, seeking to take advantage of historically low oil prices to improve the nation’s domestic supplies. According to the Department of Industry, Science, Environment and Resources (DISER) as of 31 July 2020, Australia had 63 days of net import coverage. The government’s policy would subsidise Australia’s four remaining oil refineries, and fund the construction of new diesel storage tanks, at a cost of $2.4 billion. The government argues that increasing fuel security and domestic capabilities will place a ceiling on fuel prices[5].

The Prime Minister also announced the government’s gas-led COVID-19 recovery plan[6]. His speech outlined several initiatives. Firstly, with the closure of Liddell expected in 2022-23, the government would support Snowy Hydro by underwriting construction of a gas turbine generator in Kurri Kurri, should the market not commit to replacing 1000 MW of expected lost capacity by April 2021. This was supported by a commitment to create an Australian equivalent to the US’ Henry Hub, a physical gateway of gas pipelines that provides price transparency for US and a range of international gas consumers. The Australian Gas Hub is to be based in Wallumbilla, Queensland. The government would provide support for the necessary increase in pipeline infrastructure.

Additionally, specific strategies around existing gas basins will be put forward, helping increase domestic supply across several regions (Beetaloo, North Bowen and Galilee). The government threatened to enforce the ‘use it or lose it’ requirements around undeveloped gas resources currently in place. Lastly, having struck a Heads of Agreement in 2018 with the three large LNG exporters in Gladstone, the government highlighted that it would seek a renegotiation, requiring the LNG projects to offer any excess export gas to the domestic market first before selling it on the international spot LNG market.

The Prime Minister also indicated that the initial 1,000 MW capacity figure stated to make up for the Liddell closure[7] would actually only require an additional 250 MW following prior announcements in the market already. This essentially undercuts the threat to support a new gas fired power station at Kurri Kurri, with several projects in the design and planning stage already that will adequately meet this 200 MW figure before any government intervention.

Finally, the government announced its intention to broaden the scope of the Australian Renewable Energy Agency (ARENA) and the Clean Energy Finance Corporation (CEFC)[8]. The expanded mandate would allow for the investment in low-emissions technology, including carbon capture and storage (CCS), hydrogen, green steel and soil sequestration. This would be supported by an additional $1.9 billion funding over ten years and $191 million in grants to targeted programs.

The transition to renewable energy sources continues at pace as seen in Energetics’ corporate renewable PPA deal tracker and the outlook for firming technologies such as large-scale batteries, which can be viewed in our battery tracker is also strong. Further, we see Australian businesses driving emissions reductions and assessing their climate risks motivated more by the investment community requiring risk management and disclosure, than by government climate policy settings.

Energetics can support your business in the strategic management of your climate and energy ambitions. Please contact any one of our experts. 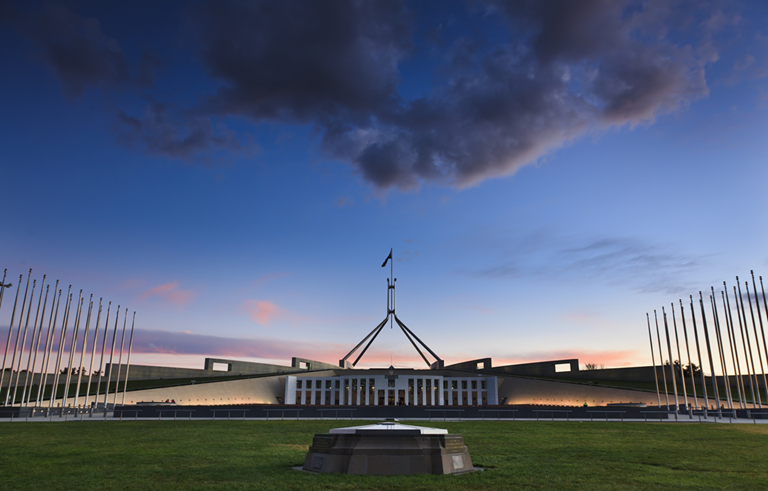