Large-scale battery storage is expected to grow exponentially in the coming decades. Coupling batteries with renewable energy projects is an essential part of Australia’s transition from an electricity system dominated by large, centralised synchronous thermal generators to a more distributed generation fleet with a growing proportion of variable renewable energy sources. Currently, the number of projects announced dwarfs those operational and under construction. As seen in Figure 1, the market for batteries has been buoyant in recent times. This is especially apparent following the release of Australian Energy Market Operator’s (AEMO) recent blueprint for the energy system of tomorrow, the Integrated System plan 2020 (ISP).

Using project information sourced from Energetics’ market-leading research and AEMO’s system data, there is circa 299MW of operational grid-connected battery storage projects in the NEM, with a further 20MW under construction, and circa 8,108MW announced or in planning. 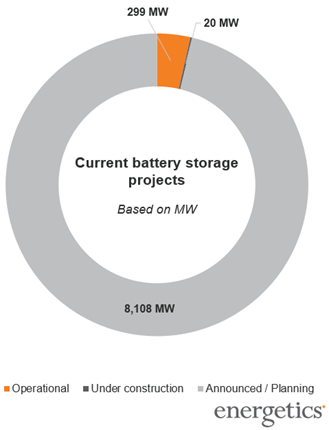 The outlook for the market for large-scale batteries: AEMO’s forecast

AEMO’s Integrated System Plan 2020 forecasted grid scale battery storage reaching 5GW by 2025, and 19GW by 2040 under the Central Scenario. At present the total grid-scale battery capacity in operation or under construction (i.e. committed investment) comes to 331MW. However, when you add the new battery projects announced, this pushes the total shallow battery storage capacity to 8GW. Many investors announcing new projects may therefore be overexuberant.

As seen in Figure 2, AEMO's Central Scenario appears to be on track to becoming obsolete given the number of battery storage developments that have been announced. While not all of these will get over the line, the current announced total of circa 8GW is the equivalent of where AEMO forecasts Australia to be at the end of the decade under a 'High DER' scenario. This highlights the immense interest in storage, but also emphasises that many projects announced at this stage of the market's development should be considered with a degree of caution. 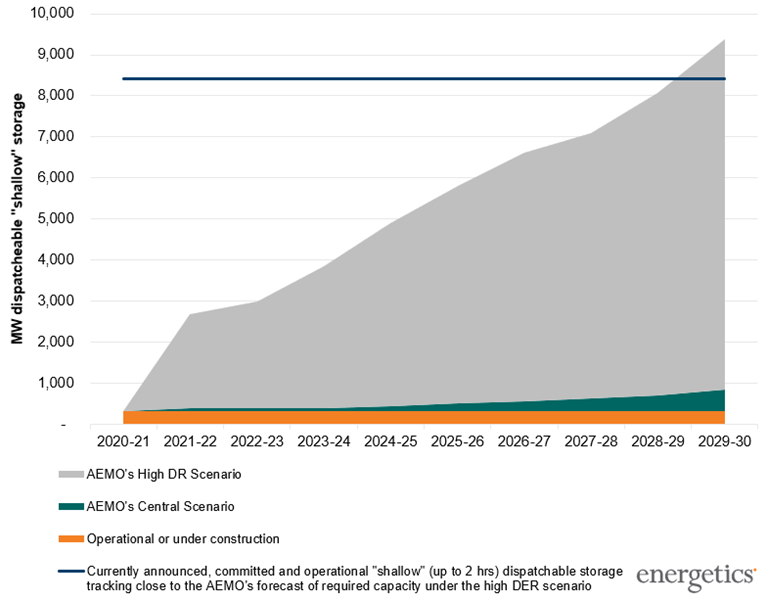 As seen in Figure 3, the Hornsdale Reserve system is the market leader at 150MW. All other batteries either under construction or operational, average a capacity of circa 15MW (one tenth of Hornsdale). 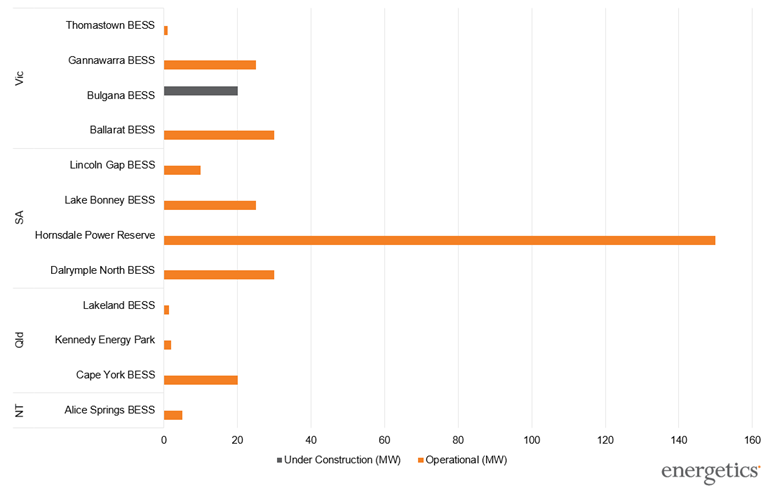 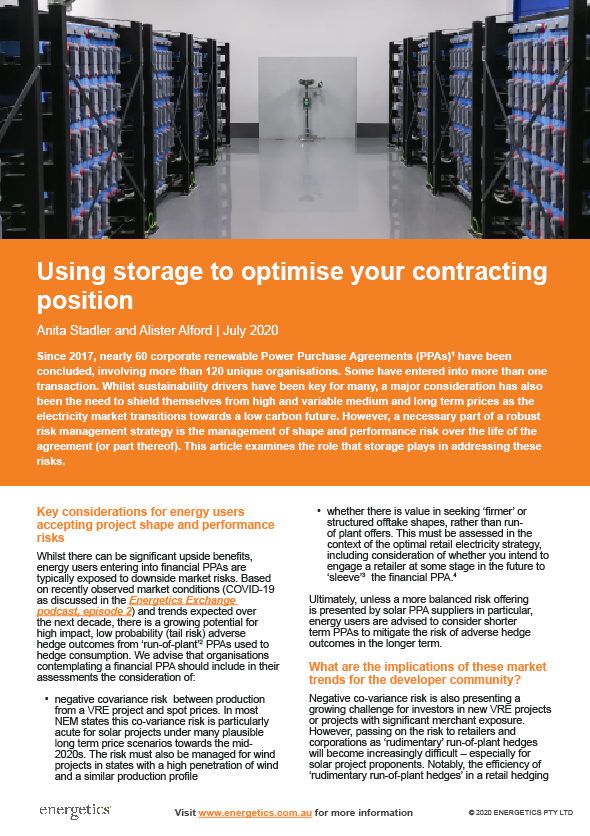 These insight articles examine the role that storage plays in addressing shape and performance risk as well as the role of storage in the future of the NEM. 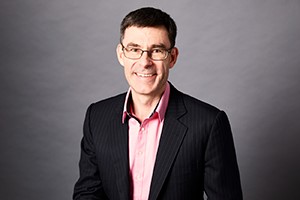 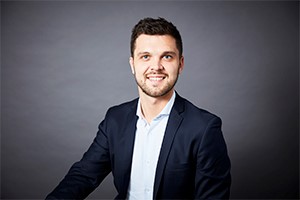