What could the National Energy Guarantee mean for corporate renewable PPAs? Understanding the advantages and managing the risks

Experiencing a near doubling of energy contract rates in 2017, large energy users have been forced to rethink how they procure electricity – now, as well as into the medium and long term, as energy markets undergo unprecedented change.  Large energy users eager to take control of their long term electricity costs have been investigating off site renewable power purchase agreements (also referred to as corporate PPAs).  With the Government now pursuing the National Energy Guarantee as a major policy instrument, how does this impact the outlook for corporate renewable PPAs? 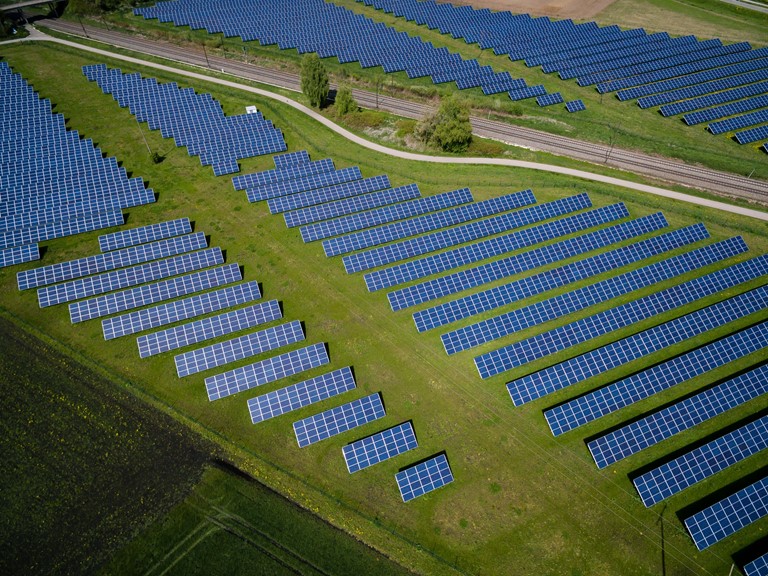 The recently announced National Energy Guarantee (NEG) which proposes to mandate that electricity retailers meet both reliability and emissions reduction standards, while light on detail, is intended to promote flexible and dispatchable resources that can be relied upon in real time to meet the operating needs of the system.  However the NEG still needs the support of the Council of Australian Governments (CoAG). Intense opposition is expected, in particular from Labor-led State Governments for the following reasons:

Figure 1: Climate action goals of the States and Territory Governments operating in the NEM

The energy and climate policy debate is far from settled and the announcement of the NEG seems to have increased uncertainty [3]. In this climate, investors in renewable energy, as well as owners of the ageing coal generation fleet considering significant maintenance investments may adopt a wait-and-see approach.

We recommend that large energy users continue to explore their long term electricity procurement options, including off-site renewable PPAs. Taking charge of your energy costs by entering into a long term agreement with a renewable energy generator provides an opportunity to hedge against both:

Cost savings in the region of 30% are possible when contracting via a long term renewable energy PPA, and the adverse policy environment may present attractive buy-side opportunities in the year ahead.

Recognising and mitigating the risks of corporate PPAs

Entering into long term contracts of 10 years or more exposes large energy users to new risks, summarised in the diagram below. These risks can be mitigated through effective design, procurement, due diligence and contracting. However, in-depth understanding of the project economics as well as the operation of energy markets today is critical; and how alternative policy scenarios may alter market dynamics and prices.  This price impact will vary between States, driven in part by the changing supply mix in the respective regions. These State-based drivers, together with more localised transmission network considerations and counter-party risks, are key considerations in selecting a project. 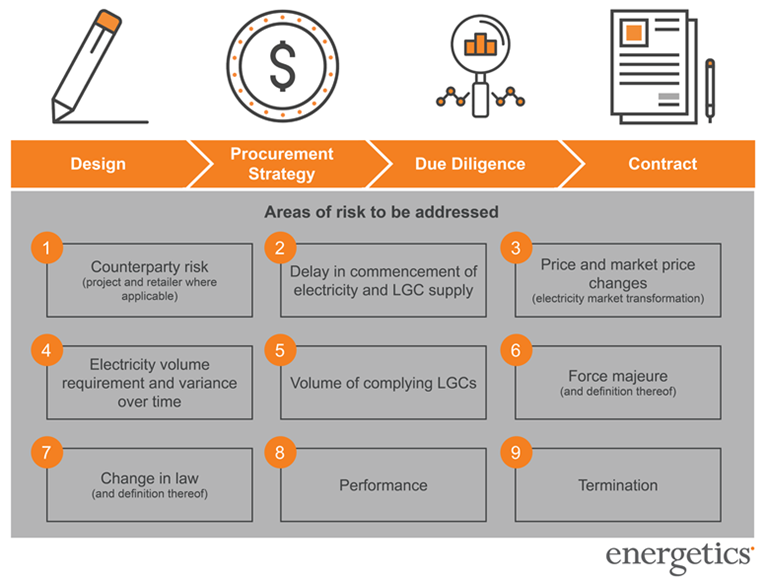 When selecting a strategic advisor to support you in evaluating your long term procurement options, they should be independent of both the generator (and retailer where applicable), experienced in negotiating PPA contract terms and able to provide you with evidence based, robust long range forecasting capability that includes high frequency pricing (i.e. trading interval level, not only average flat prices per annum) and market volatility. Furthermore, contract and price models used in renewable energy PPA transactions between end users and generators may in some instances be classed as a financial derivative. Your energy advisor should therefore hold an Australian Financial Services Licence (ASFL) in order to advise you on the full spectrum of options available to you and related risks.

What many energy users found over the past year was that the usual approach of seeking fixed price, two to three year energy contracts was no longer appropriate. Some stuck with their existing procurement strategies, contracted short or sought a ‘blend-and-extend’ offer from their retailers in order to ride out the current period. Others adopted progressive purchasing strategies or took partial pool price exposure. Many recognised that a longer term strategy was required to take control of energy costs.

[1] This appears to be a fundamental change to the way the market operates, with initial concerns particularly around the market power of the dominant gen-tailers and transparent price discovery

[2] The NEG emission reduction standard is intended to come into effect after 2020 to support Australia’s commitment to the Paris Climate Accord to reduce emissions by 26 to 28% below 2005 levels by 2030. The NEG proposal does not intend to change the Large-scale Renewable Energy Target (RET), legislated to finish in 2030. Under this policy, renewable energy is expected to reach 23.5% in 2020.

[3] E.g. "Analysts at global investment bank Deutsche Bank said they had slashed the value of Tilt Renewables by around 15 per cent, mostly because the market ascribes no value to its development pipeline of more than 1650MW of wind and solar projects" following the NEG announcement https://reneweconomy.com.au/turnbulls-neg-claims-first-major-renewable-energy-victim-13280/