Although the Finkel Review was to be focussed on the National Electricity Market and energy security, the politics and media hype following the release of the final Report have obscured the issues - particularly around the merits of the regulatory reforms proposed. Many of the recommendations require development, assessment or a review; setting more of a direction than a blueprint. Far from ‘a silver bullet’, the Finkel Report relies on the Australian Energy Market Commission (AEMC), the Australian Energy Regulator (AER) and Australian Energy Market Operator (AEMO) to take action and find solutions within the recommended timeframes. 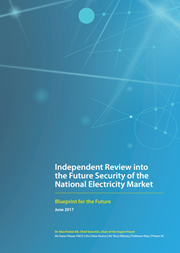 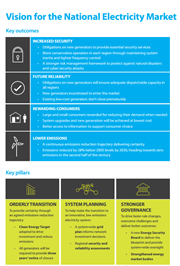 1. Can we expect power prices to go down as a result of the Finkel Report’s recommendations?

No, not in the short or medium term.

However, the requirement for generators to provide three years notice of closure should stabilise futures prices significantly. A closure announcement provides a signal for new generation to be built to fill the void, which cannot be done under the 3-6 month announcement timeframes we’ve seen recently.

In Friday’s edition of The Australian1 we saw an example of the difficulties in communicating the outcomes of this report.  Cost savings to consumers of $90 per annum under a Clean Energy Target (CET) were challenged in the article with statements made that the modelling had failed to consider either the pass-through costs of new certificates or the additional costs that will come with an obligation on new wind and solar projects to invest in storage or other generation. However, let’s consider this is more detail. Remember that the Finkel Report primarily sets a direction and tasks the relevant stakeholders – Council of Australian Governments (COAG) Energy Council, AEMC, AER and AEMO – with developing the solutions. The Finkel Report cannot consider the pass-through costs of the new certificates because a trajectory has yet to be determined1.  Similarly, the impact of the generator reliability obligation on the cost of renewable energy production has not been quantified as the obligation will be determined on a regional basis with regards to the level of variable renewable energy penetration in a region – at best the Report can only provide indicative costs.

We certainly need further work to be undertaken before we can make definitive statements about the outlook for prices under the proposed CET and Generator Reliability Obligations. However, based on recent analysis by AGL, the wind and solar “firming cost” premium  applicable to new projects is not likely to exceed  40% of the cost of production even under high levels of renewable energy penetration. Firming power could be provided by a range of sources, including gas fired power generation, pumped hydro and batteries (grid or aggregated behind the meter residential / commercial systems).

More broadly, the high power prices we currently experience are the result of over-investment in distribution networks, an ageing fleet of coal-fired power stations, gas fired power generators being exposed to extremely high gas prices and uncertainty arising from climate change policies which has adversely affected new investments in generation capacity.  While ever the Right and the Moderates of the Coalition Government continue to fight over climate change policy, we will have uncertainty which will impact prices.

2. What is the likely impact on LGCs?

Energetics believes that we may see developers rush to secure accreditation under the RET before changes are introduced.  This is because the proposed grid connection requirements would increase the costs of renewable energy projects, and the new scheme would widen the generator pool that can create certificates. It is currently unclear what the linkage (if any) may be between the RET and a new scheme.

3. Does the Finkel Report give us a plan to ensure energy security?

We don’t yet have a plan for energy security. We have a set of recommendations.

It is clear that the current regulatory approach isn’t working and changes are needed. The recommendations set out in the Report provide a good starting point, particularly the three year notice period, the energy security and generator reliability obligations3 and some of the simple measures to co-ordinate and achieve better governance of generator settings across the NEM.

However, the COAG Energy Council must agree to implement some or all of the recommendations, and the history of the politics of energy in Australia leaves little room for optimism. In particular, the Finkel Report makes a series of recommendations that will place additional financial burden on variable renewable generators that the state Labor Governments may not support.

4. Is there bipartisan support?

It is hard to see how bipartisan support can be achieved when the Finkel Report doesn’t even have support within the Coalition party room. The main stumbling block is the policy measures related to emissions from power generation, which is primarily the proposed Clean Energy Target.

There is almost no coverage in the media of the recommendations relating to energy security. We hope that those elements of the Report relating to regulatory change can be differentiated and attract the necessary support.

5. What do the recommendations mean for individual States? Could we see more intervention?

Furthermore, State Governments as well as the Federal Government will be held accountable for any shortfalls in supply which result in blackouts and brownouts, and they will take action as required. We have seen this already in South Australia and Victoria (battery storage and gas generation) and Queensland (directives to government owned generators).

6. Will we see more regulation of the NEM? Is it the ‘right’ regulation?

More regulation and scrutiny seems the ‘flavour of the day’. However, change is required as the current regulations are not fit for purpose. The market is dysfunctional and with some of the Finkel Report’s recommendations we should see an improvement in regulation. The CEO of AEMO, Audrey Zibelman, agreed that they provide the basis from which AEMO can better integrate new energy technologies, describing the Report as “spot on”4.

However the design and construction of both the physical network and the regulations to manage the integration of increasing amounts of variable renewable energy supply must take place over a long timeframe. The regulatory changes proposed can be a step toward more stability for the market and consumers long term if successfully implemented.

We further note that the next steps need to ensure that the costs and benefits are properly assessed when designing any new rules as electricity regulation can materially distort the price of electricity inputs and investment/divestment decisions in the wider economy.

7. Does the Review come to any meaningful conclusions around the relationship between climate policies and the transition to low carbon energy mix?

Energetics considers that the coverage in the Finkel Report of policies to address emissions from power generation is poor. In recent times, the Australian business community has consistently called for carbon pricing mechanisms and in particular an intensity-based scheme for power generation. Yet this has been ruled out by the Coalition Government.  What we see in the Report is modelling of the impact of various climate policy options demonstrating that the proposed CET will lead to lower electricity prices. Energetics’ assessment is that the assumptions that underpin the modelling of policy options in the Report are questionable.

The modellers admitted that their assumptions, especially about the impact of new technologies, were conservative. Yet recent history has shown that new, low emissions power generation develops much faster than often predicted. In addition, the capital costs for renewable technologies used in the Report’s modelling are higher than what can be seen in the market place currently. There appears to be a significant disconnect between some assumptions taken by the modellers and the current levelised costs of energy generation we are seeing from actual projects.

The modelling in the Finkel Report assumed that the power sector will be required to reduce its own emissions by 28% in 2030, in line with the national target. Yet Energetics’ modelling has shown that the electricity sector must achieve much more than a 28% reduction in emissions if Australia is to meet its current international climate obligations. This is because the technologies to reduce emissions in the power sector are much more mature than technologies in the other energy and non-energy sectors.

Should the ALP win office, they will almost certainly deepen any Clean Energy Target if they persist with the policy. Likely changes to the size of the CET provides no certainty to business.  Also, the recommendation that COAG agrees to a trajectory for the CET to 2030 has challenges as Australia needs flexibility to adjust the CET should emission reductions in other sectors across the economy fail to deliver the necessary quantities, or if the review process included in the Paris Agreement sees national targets deepen.

It would seem that we are on a path to improving the regulations that govern the NEM, but the politics of climate policy in Australia continue to frustrate a clear, planned approach to transforming our energy sector where the bulk of the emissions reduction opportunities can be found for meeting our 2030 climate target.