The Finkel review has failed to tackle energy productivity, according to experts familiar with state efficiency schemes.

Instead, the review simply recommends that the Australian Energy Market Commission (AEMC) draft a rule to encourage reduced energy use at extreme peak times, according to Ric Brazzale of the Energy Efficiency Certificate Creators Association.

But the AEMC has already "tried and failed" to develop a demand response rule, said Brazzale, who heads the association's policy committee and is managing director of Green Energy Markets.

Brazzale said the review led by Dr Finkel was supposed to be a comprehensive circuit-breaker.

Instead, it had made a suite of recommendations on energy supply and left it to others to come up with comprehensive solutions for the demand side, he said.

Brazzale described state energy efficiency schemes as currently "the only game in town" that were encouraging businesses and households to upgrade lighting and equipment to cut their energy consumption and costs.

The Climate Change Authority earlier this month recommended that if a federal clean energy target is introduced it should be complemented by a national energy efficiency certificate scheme that builds on existing state versions, he added.

The report marked "yet another occasion where it has been pushed down the agenda", he told Footprint.

There have been calls for a national energy efficiency scheme "for years now" and the Victorian VEET and NSW ESS regimes would provide a solid basis for a national approach, he said.

Businesses were showing plenty of interest in earning energy efficiency certificates in NSW and Victoria, but facilities in jurisdictions like Queensland and South Australia were missing out, Rostron added.

However, the Energy Efficiency Council said the Finkel recommendations reflected a level of pragmatism.

The Council's chief executive Luke Menzel said the demand response proposal in the report is something that could be dealt with nationally, while states could move individually on energy efficiency schemes.

If states such as Queensland implement schemes that align with existing ones in NSW and Victoria that could serve as "a stepping stone" to a national version, he said.

Footprint delivers the information and analysis you need to keep up to speed with your environmental and carbon obligations. To subscribe to Footprint's email summaries please follow this link. 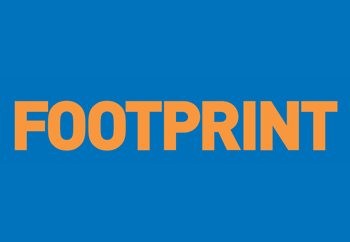