Is ‘social licence to operate' the hard science?
Date
February 2018

Traditionally, when we think of ‘social licence to operate’ (SLO) we might think of open cut mines and NIMBYism[1]. However, the term has evolved quite significantly since being coined in the 1990s by a Canadian executive in the context of a mine site[2]. A SLO refers to informal community and stakeholder acceptance or approval of a project or development. It is an unwritten contract that exists between businesses or projects and the communities in which they operate, permitting them to exist. It’s hard to define and even harder to measure. What is clear is that once you have lost your SLO, you have lost your commercial value.

As we become more connected in a digital economy, particularly through social media and globalisation, our characterisation of our ‘community’ expands to include a range of stakeholders outside of the localised community and company[3]. 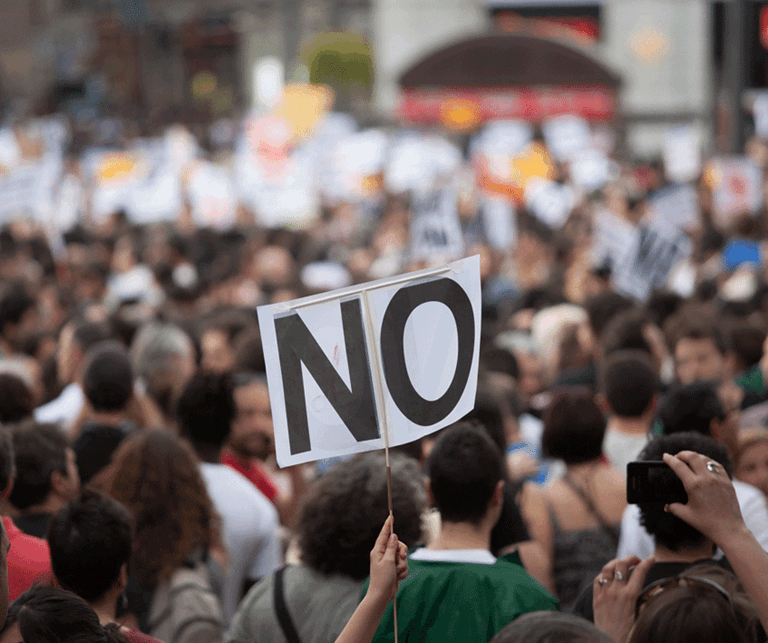 The power of the people

A SLO falls between ‘acceptance’ and ‘approval’ with considerable grey area[2]. The lower level of ‘acceptance’ is reflective of a project the community might simply permit. The higher level of ‘approval’ is associated with a project the community supports and endorses. Some projects may surpass this level of SLO entirely with cases in which the community takes on ownership and advocates for a project as part of their collective identity; this phenomenon is sometimes characterised as ‘psychological identification’[3].

An example is the Hepburn Wind Farm which despite initial strong, local opposition, went on to be driven by community support to overcome a variety of financial, governance and administrative obstacles and be the first project of its kind in Australia[4]. The broader community’s engagement and support was earned through the ongoing efforts of a small group of vocal proponents. Their efforts included and continue to include street information stalls, personal home visits, a positive presence on social media, site visits to nearby wind farms, project update letters and sponsorship of numerous events. The success of this project is a testament to the enormous power of community backing (of course, this is a project in which the community quite literally took ownership).

A SLO is a dynamic, finicky concept. The acquisition of new information can readily shift public sentiment from approval to disapproval. For example, following the collapse of global milk prices in 2016, shoppers’ negative response to the impact of pricing on the struggling domestic dairy industry damaged the SLOs of large supermarket chains which were years in the making.

Building and then maintaining your own SLO

A SLO relies heavily on the building of trust between community and company, and once achieved it must be carefully maintained. A well-established SLO might come to thrive relatively untended; other SLOs might never quite put down roots (despite all the attention in the world).

A powerful example of a nurtured SLO is that of IKEA’s. Their long term commitment to a ’people and planet positive’ strategy is evidenced in the integration of sustainability into core business. Initiatives include [5]:

With retail sales for the global company continuing to grow, ultimately IKEA does speak to us; the sort of goodwill that returns considerable and lasting benefits[6].

When you try and don’t succeed – Adani

The broader and more widespread the impacts of a project, the harder it is to be granted and then preserve a SLO[7]. This issue is being faced by Adani’s Carmichael project. As a society, our analysis of a project’s impacts began with the immediate local landscape surrounding, specifically, a mine site. However, with an ever widening understanding of climate related impacts, we look to broader space and time continua in considering the effects of a diverse range of projects.

Currently there is enormous hostility directed at Adani’s Carmichael coal and supporting rail and port development. This enmity is as far reaching as Poland where the ‘Fight for our Reef’ campaign travelled for the UNESCO World Heritage Committee meeting in July 2017[8]. So too, some argue, are the negative impacts of the project[9] [10]. Opposition to the project on various financial, reputational, climate-related and ecological bases is apparent, with detractors as diverse as grass-roots environmentalists through to Australia’s big banks[11]. On the other hand, others are vocal in their support of the project citing the short and long term benefits new industry could bring to the North Queensland region[12]. It is a hotly contested development.

What is not contested here is the investigation of a large range of stakeholders into the project, and how powerful the associated public conversation has been in impacting the ability of the company to do business.

From zero to hero

So exactly how might you turn your SLO position around? For the FY16 period, AGL Energy was Australia’s single largest emitter of scope 1 greenhouse gases. The company was responsible for a total of 43.3 million tonnes or just over 10% of all of Australia’s scope 1 emissions[13].  Fast forward to 2017 and AGL is ’getting out of coal’ under a program aligned with the ’best available science on climate change’, the Intergovernmental Panel on Climate Change (IPCC). The program is set to commence in 2022 and end by 2050[14]. The company’s website states that ‘it makes good business sense to properly plan for climate change’ and ‘prioritise investment in renewables and complementary near-zero emission technologies’14. With this in mind, AGL must ultimately act in the best interests of stakeholders and shareholders alike.

In addition to being one of Australia’s biggest emitters, AGL is also Australia’s biggest generator of renewables including solar and wind. The company has announced a $2 billion plan for development of renewable, gas and demand response capacity[15]. AGL’s plan to exit coal comes ahead of the Australian Federal Government’s energy policy roll out, if not ahead of the pack (a sizeable portion of Australia’s thermal coal chain companies now feature on the Global Coal Exit List[16]). The resultant public debate regarding the planned closure and conversion of AGL’s Liddell coal fired power plant, highlights competing tensions between key stakeholders. Despite questions around the details of the company’s coal exit plan, in the court of public opinion, the commentary suggests that AGL is winning for now.

In this day and age, stakeholders expect detailed and diverse information from the companies with which they engage.  In late 2017, the Australian Prudential Regulation Authority (APRA) following the Financial Stability Board’s Taskforce for Climate-related Financial Disclosures’ (TCFD)’s recommendations warned banks and insurers to ignore climate-related risks at their own peril and highlighted the need for greater transparency[17]. Globally, systems such as the Carbon Disclosure Project (CDP) have developed to assist companies in disclosing their environmental impacts and to support communications with stakeholders. Other initiatives such as the London Benchmarking Group (LBG) also aim to facilitate engagement and education around key corporate social responsibility metrics in the broader community. Large corporates are publishing reports detailing broader sustainability strategies, environmental and social targets and associated key performance indicators, in addition to the more traditional budgeting and forecasting metrics, as part of their community engagement platform. All these and more become aspects of a comprehensive strategy to proactively and even innovatively manage positive and negative reputational factors essential to winning and protecting a SLO. This strategy could encompass any number of activities, but ideally need only include those most effective in achieving and maintaining the SLO.

Measuring a SLO, is an attempt to measure a volume of ‘warm and fuzzies’, albeit ‘warm and fuzzies’ with very real and tangible implications for a business’ ability to successfully do business. However, we are called upon to assist in this process as corporates experience growing pressure to not only develop a SLO strategy, but to validate the success and efficiency of that strategy.

Be prepared – don’t be stuck in reverse

The SLO continues to be, a complex, organic construct. It is tied up with factors such as reputational risk, financial risk, marketing and branding, leadership, technological developments, political and regulatory concerns, corporate social responsibility and company core business. However, in modern times, the SLO is arguably as important to a company’s operation as any regulatory licence, and has the potential to become a critical impasse if not managed appropriately. If managed well, the SLO can drive a company or project forward on a platform of broader community engagement and support. The first and most important step in managing what is a truly complex beast, is to prepare appropriately.

The development of a robust, holistic approach to acquiring and maintaining a SLO of the highest level is essential. Be it a smart partnership, actions for mitigation of climate-related financial risk or aligning company targets with the United Nations’ Sustainable Development Goals –there are a broad range of activities you can undertake to improve the quality of your SLO. These activities should align with the broader SLO strategic intent, scale and timing. There are structured methodologies and tools that can be used to understand and evaluate the benefits of your efforts in the arena of social sustainability. Outputs form valuable feedback loops to guide community investment decisions and ultimately assist companies in mapping out the future of their SLO and broader operations.

Please contact any one of Energetics’ experts for more information and advice.

[2] Mining Facts | What is the social licence to operate?

[3] ACCSR | Defining the elusive and essential social licence to operate