Released in October 2018, the IPCC special report on the difference between a 1.5 and a 2 degree future issues a direct call to global action by all and demonstrates the loss we will suffer if we take too long to act. The IPCC carefully crafted a message: “Every action matters, every tonne of CO2 matters, every year matters, every choice matters” to highlight the urgent need for concerted action. There are two parts to the IPCC message:

At COP24 in Katowice, Poland, the depth of emissions reductions required was a source of great discussion and lack of agreement, where Russia, Saudi Arabia, Kuwait and the USA were willing only to “note” the report and not to “welcome” it. By only noting it they are not embracing its outcomes and the need to limit warming to 1.5 degrees.

Regardless, what is important is the understanding that we need to act now, not in two years or even six months. The focus of the negotiators on delivering the Rulebook and the framework for action is entirely logical.

How are the negotiations tracking?

COP24 has to deliver the Rulebook that will enable the Paris Agreement to be implemented. It is only if the Rulebook is delivered that we will start to see the sort of global policy certainty that is required for private sector monies to flow.

The main challenges to the finalisation of the Rulebook at the COP have been:

Both aspects are seminal to the operationalisation of the Paris Agreement and need to be settled as part of the Rulebook.

Given the complexity of these aspects, and the short time available to the negotiators, the focus has been on reaching an agreement on the framework for the delivery of the Paris Agreement and the Rulebook. Anything that is not agreed at this COP will be written into a work plan which needs to be delivered next year as the Paris Agreement comes into global effect in 2020. The negotiators are treading a fine line between ensuring that the framework contains sufficient detail to ensure that the Paris Agreement remains live, and not leaving too much to be solved next year.

What are the Australians doing?

Australia is represented by our Minister for the Environment, the Hon. Melissa Price MP, who has been in the role since 28 August 2018. It is interesting to note that the Australian delegation seems to have received a limited negotiating position. Rather their approach is one of adopting the middle road and working through problems in order to achieve an outcome.

In contrast several countries including USA and Saudi Arabia are slowing negotiations down. While always polite, negotiators can be implacable in their resistance to change wording, continually asking the same question over and over without reason, or even their downright obstructiveness in refusing to make time for additional sessions to address sticking points.

While it is disappointing that there is limited political will in Australia to make serious commitments to address climate change, the current role of our negotiators is a valuable one. If all parties were committed to an outcome from the process, we would be more sure of successfully concluding this stage of the Paris Agreement and actually achieving agreement on the Rulebook. This would enable countries and the private sector to take action now as opposed to waiting for an outcome from the next high-level meeting.

What does this mean for business?

While this COP will not settle on whether we need to aim for limiting warming to 1.5 or 2 degrees, this agreement will ultimately eventuate. Irrespective of the target the need to act is now, and first movers will be rewarded if they take considered action.

Addressing the challenges of climate change represents a USD26 trillion opportunity for the private sector (UN Secretary General). Between now and 2050 the spend on climate action will be split relatively equally between the public and private sector, and between mitigation and adaptation. Investors recognise the risks and are now actively seeking to reallocate capital to balance their portfolios between the old and new economies.

It was clear to me that action to address climate change is inevitable. It is better to be on the front foot than watching another country, or another company, take advantage of what should be your area of expertise and source of financial advantage. 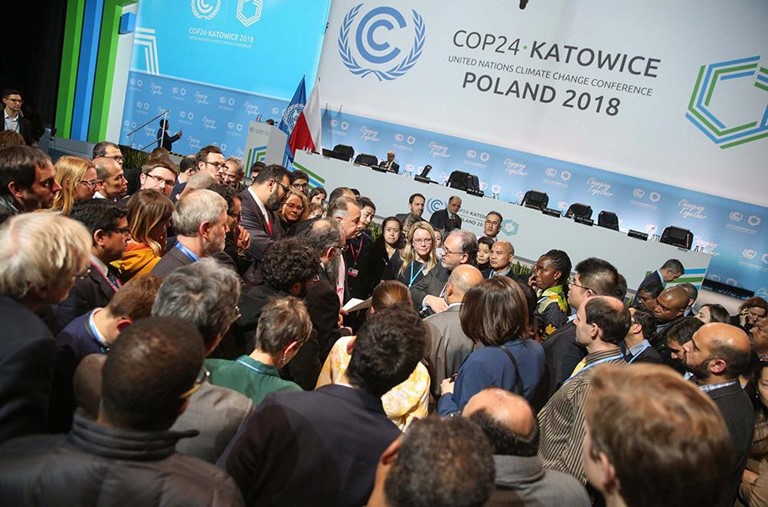