The International Energy Agency (IEA) released its World Energy Outlook (WEO) 2018 which indicates that "the world is still a long way from meeting its environmental objectives" and the gap, between announced climate policies and targets and the goal of holding global average temperatures to well below 2 degrees, "remains huge"; a message that only adds weight to the climate risk management imperative for business.

The WEO 2018 also updates last years' analysis to show what the latest technology trends and policy announcements mean for the energy sector to 2040. This year it also provides a special focus on Australia’s experience with electricity network reliability and potential as an exporter of hydrogen.

In this article, Energetics draws out the features of the report particularly where they relate to Australia.

Insights and trends through to 2040

Each year, IEA presents several projections through to 2040. This is based on various climate change policy assumptions, including those enshrined in the Paris Climate Agreement. The WEO 2018 provides important context for the scale of change required and implications for energy markets in Australia, particularly as global climate change policy will be further refined and hopefully agreed upon in Poland during the COP 24 Climate Change Conference in December 2018.

The New Policies Scenario (NPS) provides the best measurement of where today’s policy frameworks, climate change policy targets and technology trends might take the energy sector to 2040. It does not focus on holding global average temperature to well below 2 degrees but puts forward projections based announced policy ambitions.

The following points highlight the current rate of change in energy markets and projections under the NPS, with specific reference to Australia where possible:

Overall, it is clear that while the task of transforming the world’s energy markets is significant, rapid growth in renewable energy generation will see their share increase from the current level of 25% to over 40% globally by 2040. This global momentum, built upon both the need to achieve climate targets and the cost effectiveness of renewable energy sources, will in turn drive Australia’s clean energy transformation.

The outlook also suggests that Australia will see greater demand for our gas exports, although the IEA points to the need for the industry to pursue cost effective ways to cut indirect emissions.  In the future too, there is potential export demand for Australian hydrogen supported by domestic renewable energy generation.

For more information you can check out the IEA’s executive summary or purchase the full report to view online: World energy outlook 2018 (IEA, November 2018) 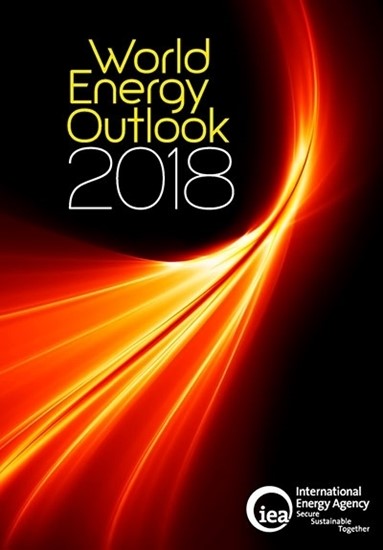