Global climate negotiations, climate action and the impact of COVID-19

COP26 had been billed as the COP of ambitious climate action during which key elements of the Paris Rulebook had to be decided. When the UNFCCC announced at the beginning of April that COP26 would be postponed until sometime in 2021 due to the COVID-19 pandemic, it was not clear how the delay would impact either the level of ambition or the progress of global climate negotiations. Based on the recent podcast featuring a conversation between Energetics’ CEO and UNFCCC business observer, Dr Mary Stewart and the CEO of the Business Council for Sustainable Development Australia, Andrew Petersen, this article outlines their insights into the UNFCCC processes. They also share their thoughts on how the recovery and rebuild after COVID-19 can be aligned to addressing climate change and a new vision for the economy. 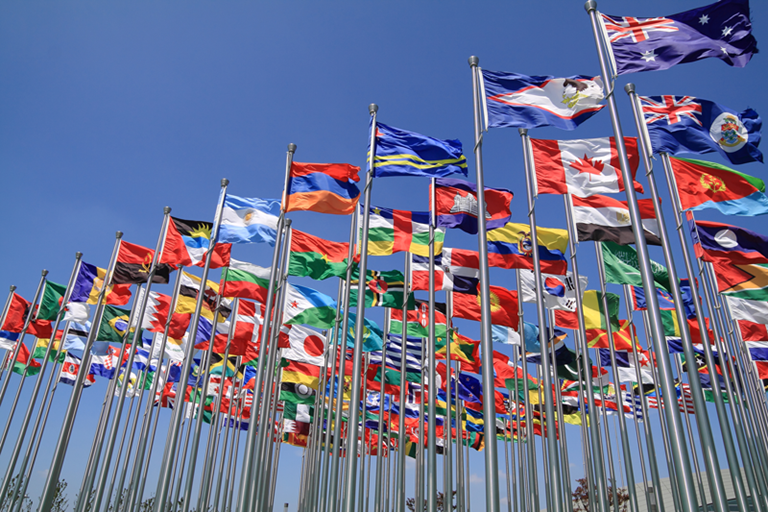 Mary reflected on the ambition she was seeing in the lead up to COP26, noting, “At the beginning of this year, the Secretariat took off at the most extraordinary pace. In previous years, when I've been involved in technical working groups, we had maybe one paper out in six months. This year, with all the working groups I am on, we had two papers out before the end of February. So, there was huge ambition coming into this COP and a lot of work being done by the Secretariat and negotiators.”

Certainly, with the announcement of the delay, the UNFCCC indicated that the preparatory meetings, held in the lead up to every annual conference, would proceed. Some are scheduled to happen in the third quarter of 2020. However, it is still not clear where or how they will be held. All UN processes have been built on face to face interactions and in person decision making and agreement. Taking UN processes online, not only those of the UNFCCC, is not a trivial task.

In terms of the framework negotiations themselves, the challenge will come when there has to be a face to face discussion. As Mary stated, “The working groups did a huge amount of work which was made available to the negotiators but has stalled because the face to face meetings haven't occurred. So, the work has been done and now the decisions have to be taken.”

In addition to the difficulty of meeting for decision making purposes, it is important to note that, as with all UN processes, nothing will be achieved unless and until, there is unanimous consensus by all parties to negotiations. The Paris Agreement is just that, every word in it has been agreed to by all signing parties, it is not a majority opinion.

A global response to COVID-19: What are the insights for climate action?

The pandemic has highlighted the continued importance of global co-ordination. Andrew said, “while some criticism has been levelled at the World Health Organisation, we can also see that its directives and oversight in our highly connected world have resulted in a reasonably consistent response. So there is a need to reinforce the value of multilateral institutions, which in turn for climate change means that the value of the UNFCCC and, to a certain extent the United Nations Convention on Biological Diversity, become just as important because of the co-ordination opportunity they provide.”

COVID-19 has also shown us the scale and the speed of response that is possible when countries must manage extreme risk. Business and, to a large extent, government by co-ordination, have repurposed manufacturing to produce ventilators or breweries to produce hand sanitiser. Andrew added, “How much more opportunity is there is to be agile in a world that understands that climate change is going to be a job creator and a stimulator of economic growth?”

Another clear feature of the response to COVID-19, is the role of science. The warnings based on leading medical science, the modelling conducted, and the projections developed, became vital for understanding the vulnerability of even the strongest of societies, and everyone, not only the policy makers, made the effort to understand what the science meant to them. Once the pandemic has passed, could we see an improved role for climate science in enabling us to understand the risks we face? With that too, there needs to be a return to trusted sources of information such as Australian entities like CSIRO and globally, the Intergovernmental Panel on Climate Change, which aggregates the science and make it available to the UNFCCC.

On the other side of the COVID-19 crisis is economic recovery. Australian governments have already unlocked huge financial reserves and the flow of money is expected to continue. Mary said, “When you have enormous amounts of government money circulating, it is an extraordinary opportunity to reframe and to change. One such opportunity is to direct money towards efforts to reach or exceed our Paris climate goals and drive towards a low carbon economy. Another is to ensure that all large projects are resilient and designed for a warmer, drier climate.”

Governments can embrace climate change as a core strategy for economic recovery. They already know where investments can be made. Looking at the future of the economic growth, governments are not likely to abandon GDP, but as a measure, it may be augmented. As Andrew stated, “measures will be viewed with a lens of societal and environmental protection. If not explicitly identified by most major economies, climate will feature as a reference point in future investment. So, if we look, for example, at climate-oriented investment, in many cases it will offer better job and economic growth prospects than investments in fossil fuel based industries. Why? Because the investor community has made clear that there is very little propensity for fossil fuel industries to yield long term growth. A report issued last year during the G7 conference that investing in climate was an investment in growth. The G20 is alive to the reality that a fossil fuel decoupled economy is going to be a better economy into the future.”

Before the crisis, leading corporates were beginning to integrate climate change as a core business strategy. Mary commented, “Now is the time to think about where you want your company to go and what you want your company to be. With a crisis, business as usual is no more, marketplaces are thrown into upheaval and there is opportunity to innovate and take big, bold decisions.”

Questions to consider include, are you taking this time to evaluate your strategy - both your climate strategy and the role it can play in your overall business strategy? Have you identified projects that will form part of your business’ activities to rebuild and capture new opportunities in the post-COVID-19 world? There are engagement opportunities for employees, customers, shareholders and the broader investment community as businesses position for the future acknowledging scientific advice, pursuing science based emissions reduction targets and projects that provide greater resilience.

In concluding comments, Andrew noted, “The challenge for governments, including Australia's, is to support climate positive options to provide major infrastructure investment and become a bedrock for government stimulus for recovery: whether it's in clean energy, new transport systems, and more sustainable homes and buildings, and improved agricultural practices.”

The world has to remove between 30 and 50% of its emissions by 2030. Reductions need to occur at a rate of around 8% per year. Mary said, “Expecting the government to take a lead role isn't going to get us to where we need to go. From my perspective, the role of government, particularly coming out of the COVID-19 crisis where huge amounts of private sector money is going to be mobilised, is to just make it clear where we need to get to and then ensure that policy doesn't get in the way of private sector innovation.”