At the World Economic Forum (WEF) in Davos, Chinese president Xi Jingping said that the United States must remain committed to its international promises, including the Paris Climate Agreement. President Xi said that “the Paris agreement is a hard-won achievement… all signatories should stick to it rather than walk away”. President Xi also stated that China is willing to “assume the mantle of leadership that so many are so eager to thrust upon it'1.

So what can we expect in climate change politics and policies over the next four years, given the change in direction in the USA and the emergence of China as a new contender for global leadership?

As the US withdraws, China emerges?

The early signs certainly point to the USA withdrawing from leadership on climate change action, which potentially increases the significance of President Xi’s address at the WEF.

Trump has promised to make withdrawing from the Paris agreement one of his first moves as President, and has called climate change a ‘hoax’ created by the Chinese to make the United States less competitive in global markets.

The WhiteHouse.gov web site was amended within an hour of President Trump taking the oath of office. References to climate change were removed from the Executive Branch’s main site and a new page describing An America First Energy Plan appeared2. This plan states that the new Administration will embrace the shale oil and gas revolution and revive America’s coal industry; it made no references to renewable energy.

However, this may not have the impact that is expected on climate action in the US.

After all, it was low cost gas (i.e. the ‘shale oil and gas revolution’) that undermined the US coal industry, not renewable energy.  As Bloomberg  stated3, “Environmental rules and government subsidies are no longer the key drivers for clean power…economics are”.

A new wind farm can be built in West Texas for just $22/MWh. Solar projects are costing less than $40/MWh in the Arizona and Nevada deserts. Compare those figures with the average lifetime cost of $52 for natural gas plants and about $65 for a coal-fired generator. Further, half a million Americans work in the renewable energy industries making it politically difficult to do anything to impact those industries.

China makes it clear they are ready to lead on climate if the USA won’t, and as China is the world’s largest emitter of greenhouse gases this is potentially more significant than the moves by the USA. For instance, China aims to spend at least $360 billion on renewable energy by 20204. 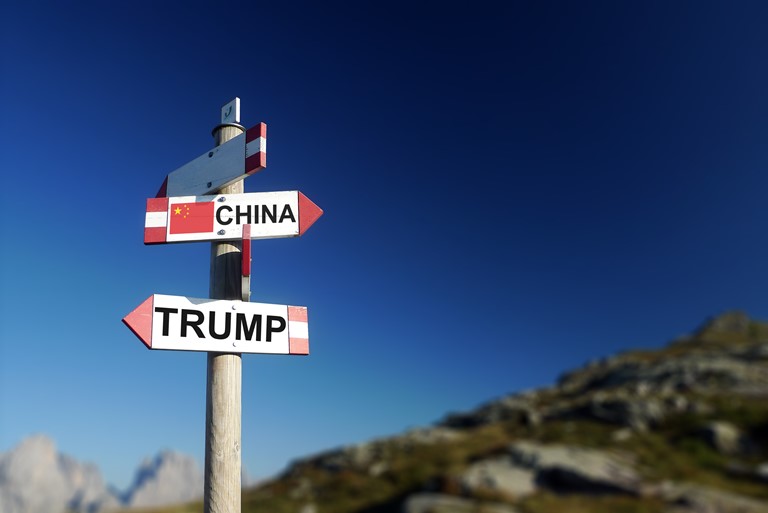 Players in the Trump Administration

Other pointers to the direction of climate change politics in the US response come from comments from key members of the Trump Administration.

On the issue of climate change, Rick Perry the proposed US Secretary of Energy, admitted that he doesn’t view climate change as a crisis nor does he believe that the US should take the lead in transforming its energy supply away from fossil fuels. Perry believes in technology, and it’s his hope that the US can solve energy issues through research and development. He was also clear that research should be conducted on all forms of energy. Interestingly, he does not support a national renewable energy standard but will support the efforts of states in this area.

During his testimony before the Senate, Scott Pruitt, President Trump’s choice to lead the Environmental Protection Agency, addressed climate change directly in his opening remarks, saying: “Science tells us that the climate is changing and human activity in some manner impacts that change. The human ability to measure with precision the extent of that impact is subject to continuing debate and dialogue, as well they should be"5.  This view is not consistent with the consensus view of climate science. Mr Pruitt had a history as Oklahoma’s attorney general of resisting ‘overreach’ by the EPA. So it is likely that the EPA will not be as aggressive in promoting climate change objectives under the stewardship of Scott Pruitt. On the other hand, Mr Pruitt has said that he would not revisit a landmark 2009 EPA finding that carbon dioxide emissions endanger human life by warming the planet.  This is particularly interesting as this ruling creates the legal requirement that the EPA regulates climate-warming emissions.

Back to Australia, the new economics of power generation and the climate wars

One of the early responses to the inauguration of President Trump was a number of conservative MPs, including members of Cabinet, stated that Australia should dump the Renewable Energy Target and its carbon emissions reduction commitments under the Paris climate agreement, if the United States reneges on its commitments6.

Tony Abbott has already called for the suspension of the RET, with other conservative MPs viewing the move in part as a way of wedging the Opposition. As mentioned earlier, they have also called for Australia to withdraw from the Paris Agreement if the US does. On that last point, Nationals’ Leader Barnaby Joyce said that “Well, we have an agreement. We signed an agreement.” adding that “Australia should not base its emissions reduction and renewable energy policies on the actions of Donald Trump”7.

At the same time Resources Minister Matt Canavan believes that the use of ‘ultra-supercritical’ power stations can fill a gap in local energy supplies. A study commissioned by the Turnbull Government estimated Australia’s emissions could be reduced by up to 27% if the country’s coal-based power generation ran on “ultra-super-critical technology"8.

But who would build one? In Australia, we see wind farms costing less than new coal-fired generators, with the AGL Silverton NSW project costing $65/MWh9 - significantly less than the estimated $84/MWh for a new ultra-critical coal fired power station10. Furthermore, a new coal fired power station is incompatible with a target of zero emissions by the middle of the century.

Yet we’ve seen Environment and Energy Minister, Josh Frydenberg declare that clean coal and gas will retain key roles in the national energy mix, that the Opposition’s 50% renewable energy target discourages the long-term investment needed to keep power prices down, and that ’artificial’ schemes such as carbon pricing are ineffective and expensive. Meanwhile, the Prime Minister has said nothing.

Whether these views are due to a lack of understanding of the renewable energy market, a failure to acknowledge the science of climate change or just reflect political positioning is immaterial. The result is the same for business in Australia. More uncertainty and more risk.

It would seem Australia does not need Donald Trump in the White House to reignite our climate change wars.
Energetics will follow developments over the course of the year – locally, in the US, and especially in China and through the Asia Pacific.

We may well find that China’s actions as both the world’s largest emitter and Australia’s largest trading partner may in fact bear more influence on Australia’s climate response than many currently expect.