2020 is set to be a bumper year for corporate renewable energy power purchase agreements, according to Anita Stadler of Energetics.

A new analysis by Energetics shows annual offtakes totalling 1,357GWh have already been contracted this year, significantly in excess of the 822GWh contracted last year.

The calculation (see below) includes PPAs finalised this year, but which have yet to be publicly announced, said Stadler, an Energetics specialist in renewable energy contracts.

She told Footprint that by the end of the year the offtake volume could grow to match or even exceed the 2018 figure of 1,670GWh.

The Energetics analysis shows 14 PPAs have been finalised so far this year, one up on the total number completed in 2019.

A total of 22 PPAs were finalised in 2018 (seven of them Flow Power transactions), the analysis shows.

Only eight PPAs were finalised in 2017, but they jointly represented a record annual offtake volume of 2,009GWh.

Despite the disruption caused by the pandemic, companies are still requesting options studies for PPAs, she added.

Stadler noted that the commercial merits of PPAs varies in different states, with NSW in particular presenting many good opportunities.

A large portion of the deals that Energetics is currently working on are focused on NSW, she said.

Stadler added that there is a shortage of wind power for NSW transactions in the near-term, so PPAs involving near-term supply will generally be dominated by solar.

In Queensland, deals in recent years have mostly been behind-the-meter on-site solar farms (such as the Shell and Sun Metals PPAs), which have the added benefit of a reduction in network charges.

However, state government-owned CleanCo might well play a role in expanding the PPA market in that state, she said.

There are still opportunities in Victoria, but it is important to be "very mindful" of the location of clean energy generators given network constraints in parts of the state, Stadler cautioned.

Opportunities also remain in South Australia, although it's important not to over-contract with solar in that state given the preponderance of rooftop PV, she said.

Stadler described as "very encouraging" Amazon's announcements this year of two solar PPAs in Australia, adding that the company probably has capacity to contract for further deals given its energy consumption here. 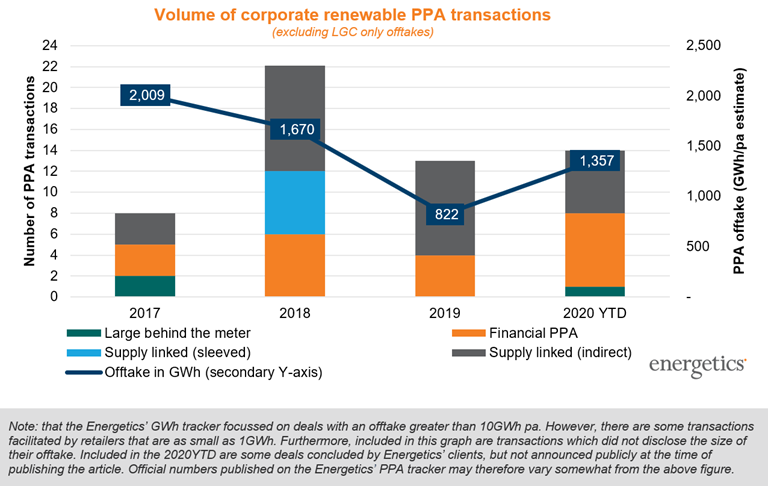