Cryptocurrencies like Bitcoin operate on a peer-to-peer network with no central authority, such as a bank or government to approve transactions. To prevent fraud, the nodes in the Bitcoin network ensure integrity by agreeing on the validity of one another’s transactions independently via ‘consensus’. Bitcoin settles transactions through a proof-of-work algorithm in order to stimulate nodes to validate third-party transactions. Participants (miners) are rewarded by the creation of new currency. Proof-of-work relies on miners racing to solve increasingly complex mathematical problems to validate blocks of transactions. Bitcoin mining has created an arms race of competing computational power, involving dedicated server farms and huge energy consumption.  In this article we discuss the outlook for such models and their application of blockchain technology, and the implications for global emissions. 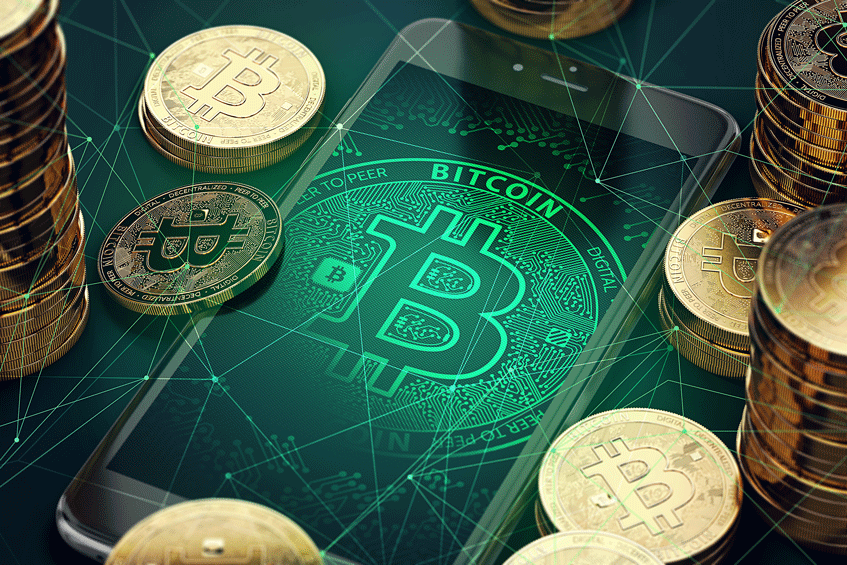 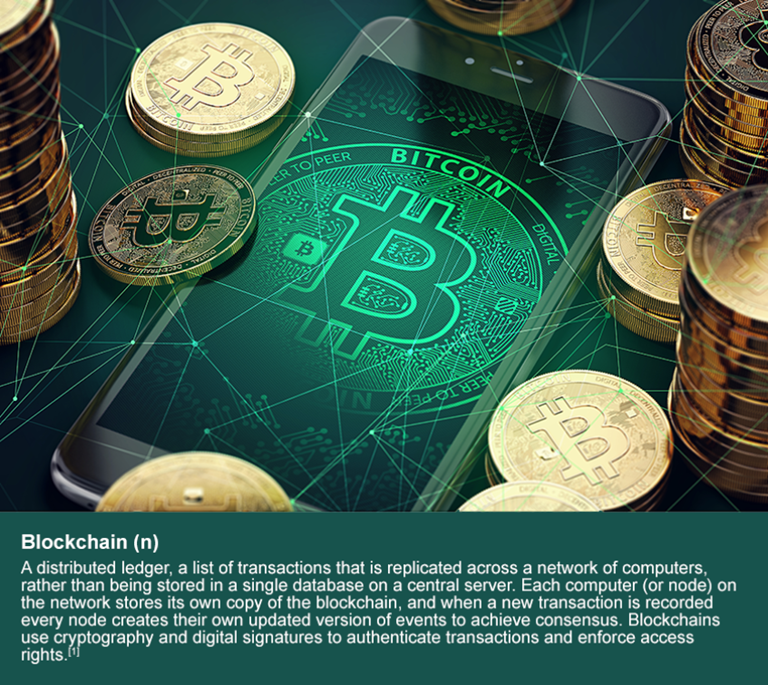 There has been considerable press recently about the energy intensity of Bitcoin mining and the Bitcoin industry. Estimates of the energy used per Bitcoin transaction in 2017 vary greatly, from 94kWh to 270 kWh, enough to power an average Australian household for 6 to 17 days[2], or drive a Tesla Model S P100D from 450 km to 1350 km. Globally, the cumulative energy consumption to run the Bitcoin system has risen rapidly and at the end of 2017 was estimated at around 37 TWh per year[3] or 0.17% of global electricity consumption. This is approaching the entire electricity consumption of New Zealand[4].

The emissions challenge is a function of the emissions intensity of the electricity consumed: based on the NSW emissions intensity of 0.95 kg CO2-e per kWh[5], this would result in approximately 35 million tonnes CO2-e annually. If all Bitcoin miners were based in NSW, they would be Australia’s second largest emitter, after AGL Energy Ltd, which reported 43.8 million tonnes CO2-e in the 2015/16 NGER reporting year[6].

Could the answer to this problem be renewable energy-powered Bitcoin mining? A number of Bitcoin mining farms in China’s Sichuan province are powered by hydro-electric plants, and arguments have been made for solar-powered Bitcoin mining in areas where solar power is cheaper than grid electricity.[8] Although renewable energy sources have low lifecycle emissions, they are rarely available in abundance. In Sichuan’s case, the Chinese government is developing plans to improve connections between the local grid and neighbouring grids to make better use of Sichuan’s excess hydro capacity. Given global emissions reduction targets, new renewable energy capacity would arguably be better used to displace fossil fuels rather than power new Bitcoin farms. In what could be an important precedent, in early January 2018 Chinese authorities announced plans to limit the cryptocurrency mining industry’s electricity use[9].

Do the indirect benefits from Bitcoin mining and validation make up for the high emissions?

As of early 2018, the market value of Bitcoin had fluctuated significantly over a period of a few days, and whilst still very high at around AUD$21,000 (down from a peak of AUD$26,000 a few weeks before)[10], the possibility remains that this is a bubble that could burst, given that the currency has no intrinsic value, relatively few real-world applications and such high energy use and transactional costs.

Bitcoin’s value mainly stems from its popularity as the number one cryptocurrency, its decentralised and secure nature, and its potential as an equity investment. Blockchain technology is seen as a potential backbone for a transaction layer for the Internet-of-Things. But for any blockchain technology to support a Peer-to-Peer (P2P) economy (e.g. in energy trading), it needs to be able to handle a large quantity of micro-transactions and do this securely, fast and in a cost-effective manner. And in order for blockchain-powered P2P trading of energy to contribute to emissions reductions it arguably needs to use a transaction algorithm that is more sustainable and cost-effective and with much lower transaction settlement latency than Bitcoin's.

If not Bitcoin (or even blockchain), then what?

An underlying problem for many proof-of-work systems (including Bitcoin’s) is that they require clients to do useless work, such as inverting a hash function. This means that a lot of resources, mainly electricity, are wasted. To mitigate the loss, some alternative coins use a proof-of-work system where the work performed is actually useful.

Ethereum, until recently the second biggest virtual currency, uses a similar Proof-of-Work algorithm to Bitcoin, but has plans to change to a more energy-efficient Proof-of-Stake algorithm. Instead of consuming computing power to validate transactions, Proof-of-Stake requires existing currency to be put in escrow as a guarantee against fraud. The energy consumption of Proof-of-Stake is negligible, but the algorithm means that only those wealthy enough to stake resources are able to validate transactions, effectively creating a plutocracy[11].

Towards the end of 2017, another digital currency started to challenge the pre-eminence of Bitcoin. XRP is the native currency of Ripple, a real-time settlement system backed by a number of major financial institutions, including Santander, UBS and Westpac. Like Bitcoin, XRP uses blockchain technology to power its ledger, but unlike other crypto-currencies it isn’t a ‘trust-less’ system relying on the mathematics of proof-of-work to validate transactions. Instead it uses a consensus protocol that requires users to extend trust to validating servers, and ultimately to the Ripple company, which acts as the central issuing authority.  Ripple argue that their currency is less energy-intensive, faster and more scalable than Bitcoin, but critics point out that, unlike other crypto-currencies, the Ripple model is highly centralised[12].

DAG (Directed Acyclic Graph) is emerging as one of the main competitors to blockchain technology. DAG is a new technology without blocks or miners, which aims to be efficient, lightweight and scalable. In DAG, every new transaction must verify one or more previous transactions, resulting in a structure that is a finite directed graph with no directed cycles. DAG claims to solve many problems that blockchain technology has to date. There are no miners, hence none of the costs or emissions associated with mining. Moreover, unlike most blockchain-based systems that are relatively slow, DAG allows making hundreds of thousands of transactions per second.[13] Today, projects like IOTA[14], aim to create a secure and decentralised financial ecosystem for the Internet-of-Things using DAG technology.

The energy consumption and associated emissions of Bitcoin mining are significant and unsustainable at the current rate of growth. This makes Bitcoin and other Proof-of-Work-based blockchains ill-suited to powering P2P energy trading, where emissions reductions can be a key goal. Other technologies such as Proof-of-Stake or DAG offer the promise of lower energy use, reduced transaction costs and latency and improved scalability, but remain relatively unproven in real-world applications. Given the opportunities that exist for innovative products and services, we expect this to change rapidly over the next few years.

[1] CoinDesk | What is blockchain technology?

[5] Department of the Environment and Energy | National Greenhouse Accounts Factors

[9] Bloomberg | Bitcoin miners are shifting outside China amid state clampdown

[11] ING | Why Bitcoin transactions are more expensive than you think