Energy storage ‘101’: what is it, and why is it so important?
Date
September 2020
Author
Anita Stadler

The acceptance of the consequences of climate change  has led to an international shift in the way we supply and consume energy. The growth in renewable energy sources was assured when wind and solar, in particular, achieved and then surpassed fossil-fuel based energy sources as cost effective supply solutions. However, as the electricity grids seek to harmonise generation sources and smooth the ‘variability’ associated with wind and solar, emerging technologies are increasingly envisaged as a panacea. Playing a decisive role in this next phase will be electricity storage, as flexibility, security and integration become more salient requirements of a stable grid.

In this article we provide readers new to the world of storage with a brief introduction to key foundational concepts.

There are multiple energy storage technologies. Currently, the most widely used is pumped hydro. According to the International Renewable Energy Agency (IRENA), pumped hydro makes up approximately 96% of storage capacity around the world today. However, by 2030 this is expected to fall to 45-51%. Eating away at its share will be a mix of evolving technologies that are fast becoming economical, and more precocious. These include grid-scale batteries, electric vehicles (EVs), compressed-air storage units (CAES), and thermal energy storage assets such as molten salt. Great interest is also seen in hydrogen as delivered via ammonia, with Australia’s ambitions described in both a national strategy and the goals and plans of every state and territory.

Seen as the low-hanging fruit for immediate decarbonisation, the electricity grid has in recent years experienced an unprecedented upheaval. The rapid growth in renewables entering the Australian grid has reduced the share of coal and gas generation. With several of the country’s largest generators expected to retire in the next 15-years, Australia is witnessing the most ubiquitous and rapid transition in the world according to the Australian Energy Market Operator (AEMO’s Integrated System Plan 2020).

This shift from centralised, scheduled generation to decentralised, variable sources has brought with it issues of variability and challenges to system-strength.

Battery storage (residential and grid) is now emerging as an integral piece in this puzzle to balance demand and supply as the proportion of variable renewables in the supply mix increases, but also to provide a wide range of services that support the stability and security of the network.

What type of storage do we need?

Simply put, all types; AEMO has defined three categories of storage: shallow, medium, and deep (we define these terms below). The market operator has emphasised that with increasing shares of renewable penetration in the NEM above 40%, initially shallow and deep storage will be required for 60-80% of all storage needs, while as the grid encroaches on 65% and above, medium forms and shallow forms will make up 80% of this share. The table below illustrates the three classifications of storage that AEMO has defined as being integral to the Australian grid.

Table 1: AEMO’s classifications of storage integral to the Australian grid

The most commonly deployed battery storage system in the NEM is known as shallow storage, i.e. batteries with capacity of between one and two hours which are deployed to assist with generation, transmission, and distribution challenges. This includes soaking up excess renewable generation to mitigate network congestion, providing system strengthening services during short periods of grid distress to support system stability and security, and gradually assisting in reducing peak demand. An illustrative example is the Hornsdale Power Reserve. Since connecting to the grid, the battery has prevented outages, supported the integrity of the South Australian grid, reduced costs to consumers, and delivered a trebling of Neoen’s revenue; altogether reinforcing their recent decision of expanding its capacity by 50%[1].

Medium forms of energy storage meanwhile can absorb enough energy during periods of high production and dispense this during peak demand events to smoothen the curve (i.e. afternoon/early evening). This includes 4-hour batteries and 6-12-hour pumped hydro stations. A generator such as the Wivenhoe Pumped Hydro Station in Queensland provides these capabilities.

As the grid becomes more reliant on variable generation however, forms of deep storage will be increasingly required. Days of low wind and solar, and disruption of transmission assets will all call for forms of storage that last days, weeks, and sometimes even months. This will come from pumped hydro, CAES, hydrogen/ammonia and thermal energy storage. AEMO envisages a future seasonal arrangement whereby in spring (a season of modest demand), improved renewable availability will ‘charge’ deep storage assets in anticipation for the summer months and the more frequent peak demand periods. Following a top up in autumn, deep storage will be able to draw down on its reserves for several days without recharging in the winter months, when solar generation recedes from its summer peaks. Probably Australia’s most well-known generator, the Snow Hydro Scheme is an apt example of a form of deep storage in the market at present.

How much storage capacity do we need?

AEMO’s latest blueprint for Australia’s grid of the future, the Integrated System Plan 2020 (ISP), has highlighted the need for between 6 and 19GW of storage capacity by 2040, being met by shallow, medium and deep forms. As Australia’s rapid energy transition continues unabated, an effective market design will be required to support this growing need for various forms of storage technologies. A panacea we can ill afford to miss.

You can follow developments in Australia’s storage capability through Energetics’ Large-scale battery storage tracker. For advice on the investment landscape for storage in Australia or the role of firming in your energy procurement strategy, please contact Energetics’ Energy Markets team. 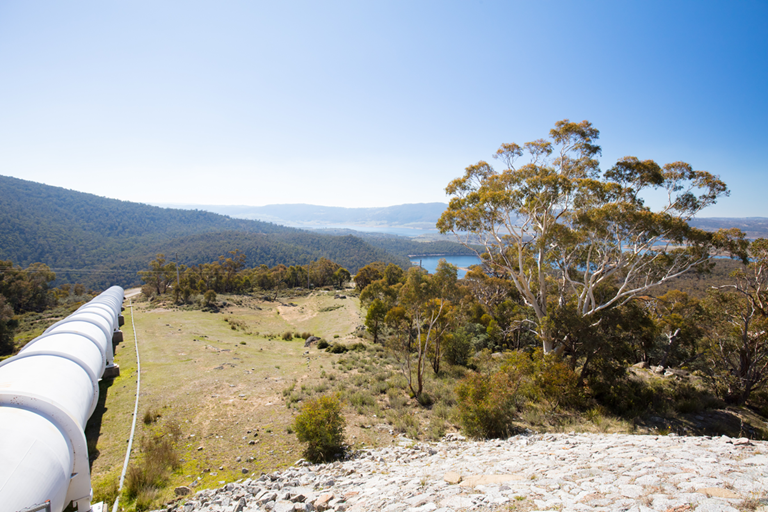