Monash University has joined the Telstra-led consortium which includes ANZ, Coca-Cola Amatil and the University of Melbourne to secure a corporate renewable power purchase agreement (PPA) from the Murra Warra 1 wind farm in Victoria. Currently under construction, the wind farm is expected to be operational in 2019.

Monash is purchasing both electricity and large-scale generation certificates (LGCs) in support of both their sustainability and cost reduction goals.

“This procurement of off-site renewable energy marks an important step towards our goal of being powered by 100% renewable energy. It will reduce our carbon footprint and allow the University to manage its exposure to volatile energy prices,” said Dr Wasiluk, Monash’s Building and Property Sustainable Development Planner.

Energetics is proud to have been Monash’s advisor during the development of the corporate PPA strategy and execution of the Telstra Club 1 agreements. We provided technical and commercial due diligence services, including assessing energy market risk exposure, conducting electricity price forecasts and financial modelling.

Energetics’ Anita Stadler, who was part of the deal team, echoed Dr Wasiluk’s statement, “Monash University is showing the way for all large energy users.  With this deal, Monash demonstrates the role a corporate PPA can play in a deep decarbonisation roadmap, while providing significant commercial benefits."

The four elements of Monash’s sustainability and energy plan are energy efficiency, renewable energy supply, electrification and addressing residual emissions through offsets. For renewable energy supply, Monash adopted a two-part approach: the installation of solar PV across their facilities and securing an electricity contract with an offsite generation project to meet their remaining supply needs.

In joining the Telstra consortium, Monash is supporting the new Murra Warra wind farm project – which will be Australia’s largest when stage 2 is completed. The first stage of the wind farm is around 226 megawatts and will have up to 116 turbines and an eventual capacity of about 429 megawatts.

Anita Stadler added, “Monash joins the growing number of large energy users – businesses, universities and local governments – who recognise the benefits offered by renewable energy. Whether on-site or off-site supply, renewables make a compelling business case and the number of wind and solar projects across Australia will only grow.” 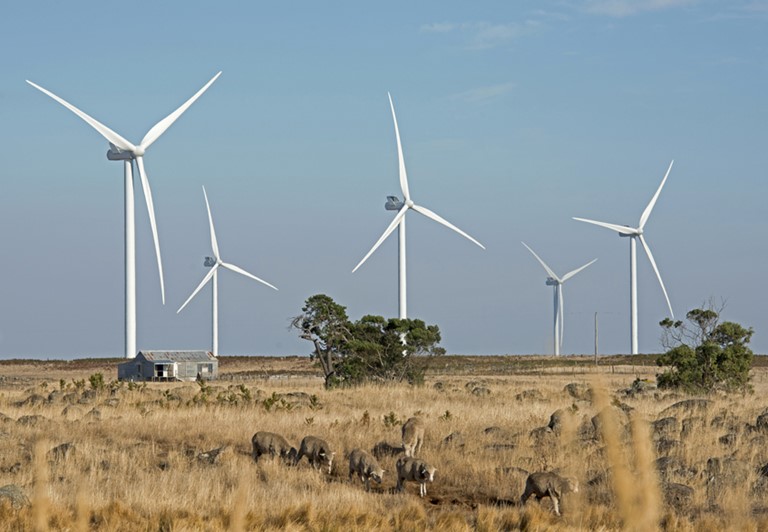